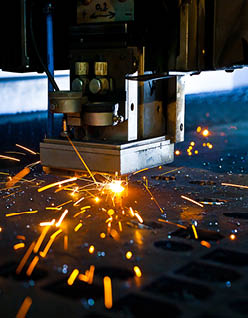 Taking a Chance on Success

After the 2008 Canadian automotive market crash, many auto-related businesses decreased their operations. Several closed their doors completely. Yet one company, Marwood Metal Fabrication Limited, decided to take a big risk. The manufacturing facility enhanced its production lines despite an uncertain economic future. Now, six years after the national industry fallout, Marwood proves that sometimes, taking a chance can lead to exponential rewards.

Up until 2008, the company grew steadily. They grew to a staff count of about 300, and operated four facilities in Canada – two stamping plants, two assembly plants. During this time, the company’s operations and capabilities changed dramatically. The introduction and popularity of E-mail allowed for better communication across continents. Logistics and transport technology grew more efficient. Marwood, seeing the potential these new ideas had, decided to begin selling product internationally, with a specific focus on the U.S. and Japanese markets.

Yet the opportunities or the new globalized economy brought new challenges for Marwood. Low cost countries such as China and India began supplying international consumers with small parts at a fraction of the price North American competitors could offer. Marwood had to make a crucial decision – to stay on the original path, or change their focus entirely.

Marwood chose the latter option. In an effort to protect their business from global competition, the company turned to larger parts and complete modules.
“It was a big change for us,” current President Chris Wood comments in a June 2008 issue of Canadian Metalworking magazine, “It was a move we felt we had to make.”

The transition was accompanied by a renewed focus on supplying parts for the automotive sector. However, Canada was already in the throes of an industry economic meltdown.

Marwood adopted a forward-thinking strategy; instead of backing out of the industry, they re-tooled their plants.

In order to remain competitive during the tough time period, Marwood purchased and installed high-tech robotic equipment in all of its facilities. The automation allowed for increased efficiency and a lowered possibility of workplace injury.

Today, Marwood Metal Fabrication is a world-class leader in supplying large parts to the automobile and light truck manufacturing industries. Their main focus markets continue to be Canada, the U.S., and Japan. Each houses its own sales office to meet client needs most effectively. Marwood employs hundreds of skilled workers, operates 23 presses, and works alongside some of the biggest names in the international automotive market.

Giving Back to the Global Community

There is no doubt Marwood holds significant influence on the global automotive community. Their history of driven, unyielding success and involvement within the wider manufacturing and automotive sector prove them to be key players in the industry. Yet Marwood never neglects is due diligence in giving back to its local and global community.

Since its inception, Marwood has been heavily involved in supporting neighborhood efforts. It regularly donates to local sports teams, the Tillsonburg Hospital, the community centre arena, the local amateur theatre, and local walking trails. Over the past two decades, the Tillsonburg District Chamber of Commerce has awarded Marwood the Tillsonburg Award of Excellence (1999), the Industrial Achievement Award (2004), and the Community Service Award (2008).

Marwood has always been and will continue to operate as an environmentally conscious company. Maintaining a safe, healthy earth is one of the business’s top priorities. The facilities use the latest technology in T8 lighting, synchronous motors and capacity banks to reduce overall electrical demand. Process water is used in a closed loop system.
In August 2010, Marwood completed installing their complete line of solar energy panels. The company shortly began generating and providing renewable solar energy back to the Ontario Hydro Electric Grid. As of summer 2011, Marwood operates a 75kW system.

Marwood Metal representatives remained unavailable to CBJ for comment. The information included is written and updated to the best knowledge of the CBJ staff. 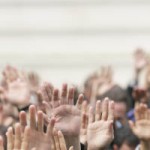 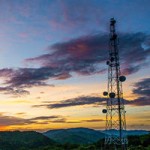