CALGARY, Alberta, Aug. 09, 2018 (GLOBE NEWSWIRE) — Maxim Power Corp. (“MAXIM” or the “Corporation”) announced today the release of financial and operating results for the second quarter ended June 30, 2018. The unaudited condensed consolidated interim financial statements, accompanying notes and Management Discussion and Analysis (“MD&A”) will be available on SEDAR and on MAXIM’s website on August 9, 2018. All figures reported herein are Canadian dollars unless otherwise stated.

The Financial Highlights below include the results from MAXIM’s continuing operations, unless otherwise noted. Refer to MAXIM’s unaudited condensed consolidated interim financial statements and MD&A for further details on discontinued operations.

During the second quarter of 2018, net income attributable to shareholders from continuing operations increased in 2018 when compared to 2017. The change in this financial measure was primarily due to an increase in revenue from resumption of operations at Milner, lower personnel costs at the corporate head office, lower restructuring costs, and the recognition and derecognition of future tax assets and liabilities, respectively. This was partially offset by the recoveries from the final resolution of the cooling tower claims in second quarter of 2017.

During the first six months of 2018, net loss attributable to shareholders from continuing operations decreased in 2018 when compared to 2017. The change in this financial measure was primarily due to the same factors impacting the second quarter, as well as operating costs savings from cost cutting initiatives and the temporary suspension of operations at Milner from April 2017 to June 2018. This was partially offset by realized gains on commodity risk management activities in the first quarter of 2017.

RESUMPTION OF OPERATIONS AT MILNER

As previously reported, MAXIM intended to restart Milner mid-2018 and to that end had recalled certain staff and was in the process of completing outage work at Milner in preparation for the restart.  On June 13, 2018, Milner commenced generation of electricity for the first time since April 2017. For the period of June 13, 2018 to June 30, 2018, Milner was able to realize an average price of $95.61/MWh versus the average Alberta market pool price of $75.89/MWh.  MAXIM continues to monitor settled and forward power and natural gas prices and as at the date of this press release anticipates generating electricity at Milner for at least the remainder of 2018.

As previously reported, MAXIM believes that development of additional generating capacity at the site produces the best risk-adjusted return for MAXIM. The site has access to existing Milner assets, which results in a cost-effective solution for new development. MAXIM has evaluated a potential investment of upwards of $70 million at the Milner site to modernize the generating facilities in advance of the first Alberta capacity market contract delivery period commencing in November 2021. The potential investment is projected to deliver up to 234 MW of natural gas-fired electric generating capacity, with a competitive heat rate, at the site.

At this time, management is currently identifying the exact configuration and equipment that will best match the requirements of the new Alberta capacity market construct and continues to believe this investment provides the best alternative to maximize shareholder value.

As previously reported, MAXIM (through its wholly-owned subsidiary, Milner Power Inc.) has an outstanding complaint relating to the AESO Line Loss Rule for the period of January 1, 2006 to December 31, 2016. Based on the timeline from the Alberta Electric System Operator, MAXIM does not anticipate receiving cash proceeds prior to mid-2019. MAXIM anticipates cash proceeds to be approximately $40 million, based on calculations established using information currently available on the public record, before accounting for the time value of money at the Bank of Canada Bank Rate +1.5%. Certain industry participants are seeking permission to appeal AUC decisions related to this matter. The timing and amount of refunds are subject to the calculations by the AESO and the outcome of these appeals. The Corporation currently does not expect to be able realize or utilize these proceeds until cash has been received by MAXIM and all appeals have been resolved.

As previously reported, the Corporation believes that the current market price of its common shares does not accurately reflect their underlying value. As a result, the Corporation provided notice to the Toronto Stock Exchange of its intention to make a normal course issuer bid to purchase for cancellation up to 3,100,000 common shares.  As at the date of this press release, the Corporation has repurchased and cancelled 1,454,060 common shares at a weighted average cost of $2.43 per share. In the future, MAXIM may consider alternate means to acquire its shares. However, the Corporation does not plan to distribute cash to existing shareholders via dividends or return of capital at this time.

Based in Calgary, Alberta, Maxim Power Corp (“MAXIM”) is an independent power producer which acquires or develops, owns and operates innovative and environmentally responsible power and power related projects. MAXIM currently owns and operates one power plant in Alberta, having 150 MW of electric generating capacity, and has approvals to construct and operate projects comprising an additional 796 MW of generating capacity. MAXIM trades on the TSX under the symbol “MXG”. For more information about MAXIM, visit our website at www.maximpowercorp.com. 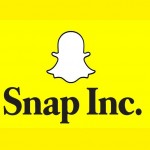