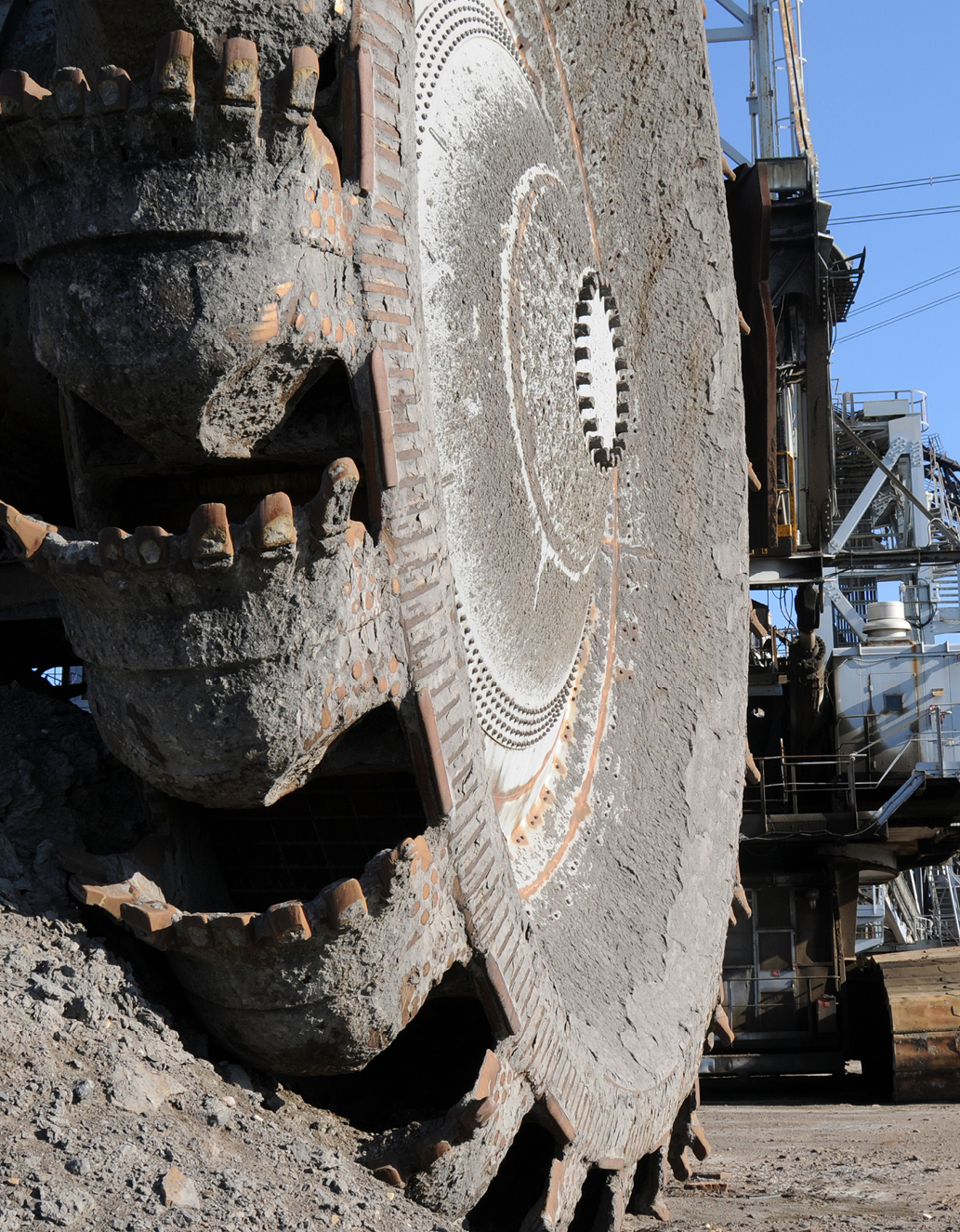 Chief among the advantages of this new process is the fact it uses no water – a boon in desert states – a fact that sets it apart from other technologies that either require water for processing or need massive infrastructures for viable commercial production levels.

In addition, MCW’s method requires no infrastructure, creates a small footprint and utilizes only benign, eco-friendly solvents that remain in the system during the entire extraction process.

CEO Dr Gerry Bailey explains the process: “It’s a mixture of common solvents mixed with the sand. As in simple strip mining, we just scoop the oil sands materials off the surface, combine it with the solvents, and our process extracts more than 99 per cent of the hydrocarbons out of the sand. This entire process is completed in a closed-loop system so the oil and solvent rise to the top, while the cleaned sand via gravity falls to the column base and is placed back where it came from. The solvent is then sent back to a retainer tank for re-use.”

The process produces no greenhouse gas, requires no high temperature or pressure, and is capable of extracting 99 per cent of hydrocarbon content. It also recycles approximately 99 per cent of solvents within the closed loop system.

Bailey, a Texas oilman whose resume includes a stint as president of EXXON-Arabian Gulf and another in Libya, has a storied background that has recently provided the inspiration for a novel.

“I saw the potential of MCW’s technology instantly,” he says.

“I see a lot of technologies cross my desk, but this one caught my attention because no one to date has been able to extract oil from these oil sands areas with a commercially-viable technology.”

So confident is Bailey of the technology’s strengths, he says he sees significant possibility for uptake in massive oil sands projects overseas. MCW has already fielded inquiries from countries with similar oil sands deposits, interested in the company’s technology.

“We’ve had a lot of people look at it, and there has been nothing but approval. A lot of industry folks will be very satisfied with this technology because it will provide an economical and environmentally friendly way to remove the oil in Utah. We will be assembling our first pilot plant in Utah during the first quarter of 2013 and we will process our shovel-ready feedstock immediately to demonstrate the commercial viability of our cost-efficient technology.”

For investors, MCW represents that rarest combination: a technology start-up backstopped by substantial and well-established revenue streams of many years standing.

MCW Energy Group comprises two divisions. The first, MCW Fuels – founded as McWhirter Distributors Ltd. in 1938 – is one of the leading branded and unbranded diesel and gasoline distributors in the western United States and delivers products to more than 500 branded and unbranded service stations throughout California. Net revenue for the fuel distribution division ballooned to US$363 million in 2012, up from $241 million in 2011 and just $188 million in 2010. MCW’s oil sands division, MCW Energy Group’s (now listed on the TSX-V:  MCW) oil sands division, holds an oil sands lease in Utah, which is estimated to contain approximately 54 million barrels. And there’s much more room for expanded development in Utah, which, unknown to many, contains more than 35 billion barrels of oil in oil sands deposits: a whopping 55 per cent of the U.S. total deposits, which also trend through Wyoming and Colorado.

With few competitors in the US oil sands industry and no commercially viable oil sands extraction projects in the U.S. up until now, MCW sees great potential with this new revenue stream, which it expects will commence during the second quarter of 2013.

Other factors that work in the company’s favour:

The Asphalt Ridge lease is proximate to existing infrastructure that includes power, labour, highways and other transportation routes, with five refineries close by in Salt Lake City.

Even more compelling is the production cost per barrel, which averages around an efficient $30 per barrel (bbl) using the new technology, comparing favourably to the US$40 to $60 bbl price tag faced by companies using the more traditional method of steam extraction, SAGD (in Canada), which places MCW comfortably beyond the impact of fluctuating oil prices.

At present, MCW is in the assembly stage of its first 250 bbl/day plant, at Asphalt Ridge with completion and testing set for the end of Q1 2013.

“We can make money with this initially-small plant, and it will pay for itself in time,” says Bailey, adding that he expects the US$4 million construction cost to be recouped in less than one year.

The plant itself is located just outside of Vernal, an oil and gas town in the state’s North. “They’re very pro what we’re doing,” says Bailey.

MCW’s scalable oil sands operations could represent a considerable economic boost for Utah and this initial development of the state’s resources dovetails well into America’s focus on enhancing its level of energy independence.

At time of writing, MCW has prepared the site with road access and obtained all the necessary permits. The major components have arrived on site, ready for assembly, and the additional components and systems are being supplied by local manufacturers. The company has laid down the plant’s concrete foundation and is now completing the electrical systems. MCW expects to have its extraction unit operating by the end of February. In the meantime, MCW is getting its message out. According to Bailey, 2013 will be its year to spread the word. “Canada will be one of the first groups to be watching us, not only for surface oil sands extraction, but for remedial projects dealing with the extensive tailings pond applications.  Alberta represents a very logical opportunity for joint business ventures,” he says.

Bailey sees MCW’s technology as having a great potential because of its efficient production costs and its ability to meet the demands of environmental groups for cleaner extraction methods while the global demand for oil increases, especially in China and India. In particular, MCW’s technology represents a benchmark as a solution, to the lessening of American dependence on foreign oil. He speaks of the Asphalt Ridge lease as an opportunity to demonstrate the technology’s potential.

“Let us prove that it’s real. In the U.S., nobody wants to mess with hauling and treating dirt. In the past, it’s been a lot easier to stick with conventional oil production with drilling. Now, as demand for energy is growing worldwide, and as oil sands technology has been rapidly improved, the development of America’s oil sands has become a viable reality… it would be a very big deal to reduce America’s oil imports. Technologies such as the one that MCW is bringing to the table will go a long way in narrowing the gap.”