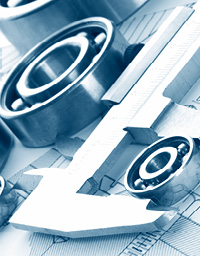 Richard McKeagen, President of the MCAC, highlighted the association’s highest priorities, including coordinating and developing policies and programs for all members with the ultimate goal of improving both productivity and profitability for its membership. Among these members are companies involved in plumbing, heating, ventilation, air conditioning, sprinkler systems, fire protection, refrigeration, insulation, welding, etc. To maintain and enhance its services, and to provide more services to its membership, remains the goal for the MCAC. The association responds to the needs of its members by embracing industry change and by promoting industry and educational opportunities. Key issues for the association include labour shortages, improving the prompt payment procedures of its members’ organizations, and an overall movement toward LEED certification, among others.

The organization stays informed of key issues by acting as a clearing house for communication to its membership, providing plenty of information on a regular basis to members on the issues of the day. Additionally, a weekly communications newsletter is distributed to the association’s members to keep in touch with association and industry news.

Liaising with the International Mechanical Contractors Association, the MCAC meets once annually with mechanical contractor industry leaders from Australia, Canada, the United States and the United Kingdom to exchange information in order to better improve the association and refine its core objectives. Added McKeagen,

“If there are some programs available in the United Kingdom that we can benefit from, we will benefit from that and vice-versa.”

The MCAC works with a number of levels, including the federal government, through lobbying and advocacy days at Parliament Hill, as well as assisting other provinces and the local industry with suggestions to improve the construction lean act in Ontario, Additionally the MCAC works to introduce prompt payment legislation, to which there is some interest on the part of the Ontario Government, according to McKeagen.

Acting as the lobbying group for issues on the federal side that could affect MCAC members provincially, from human resource issues, policy issues, and finance issues, on a fairly regular basis of day-to-day operations, is just one of many services provided by the association. The MCAC also provides tangible products to its members in terms of educational tools and publications.

The MCAC is also involved with other organizations, both domestically and internationally, including the Canadian Construction Association, as well as the European Mechanical Contractors Group.

In recent years, the MCAC has focused on the development of a new national certification program for building commissioning, to be finalized in March, with the intention to promote better educational awareness to the association’s membership. The Education Foundation provides many management programs, including conferences on education, project management, supervisory and estimation seminars. Membership Advantage Programs are available to the membership from companies providing value-added services, discounts and more.

McKeagen notes the association’s excitement for the future, with the possibility of arranging prompt payment wording in regulations and legislation through the National Trade Contracts Coalition of Canada, which compromises nine trade contractor groups in the country. That group’s main priority is to promote the use of standard documents and to work on ways to assist memberships to be paid promptly for work performed.

Economic impact on the contracting sector

According to McKeagen, the MCAC’s industry sector has been fortunate to be fairly busy throughout the hard economic times, with projects that were already underway once the recession started to government stimulus assisting in others sectors with some projects.