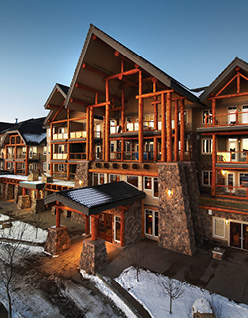 Medican Construction, of Medicine Hat, Alta., is a land development company with holdings across Western Canada. Like most in the construction sector, Medican Construction has not been immune to the recession, and the effects of economic uncertainty are still felt. However, in recent weeks the company has risen from a state of recovery to one of prosperity.

Alan Poirier, Vice-President of Medican Construction, spoke with The Canadian Business Journal about the company’s recovery and the many exciting projects it has underway.

“The recession took us for a loop; there is no question about that,” Poirier said. “But we’re seeing the market starting to return, particularly in Western Canada where we see a lot of energy development.”

The company’s history with condominium development includes the Sierras Michener Hill Condos of Red Deer and the Sanderson Ridge on Fish Creek Park Condos of Calgary. In building these condominium communities, Medican Construction works to create close-knit, walkable environments. With some developments housing 200 or more condominium units, these areas provide villa complexes, with some also built around Extended Care and assisted living facilities.

In Red Deer, Medican Construction first built the Extended Care, which is now the centre of a condominium community. Poirier commented, “The idea is to look after the seniors until the point where they may need assisted living.”

Moving forward, Medican Construction would like to shift from the condominium market to focus more on single-family housing. Like condominiums, single-family dwellings serve a market where buyers are seeking smaller spaces. Poirier believes buyers are looking for properties of 1,000 square feet or less. The growing costs of land, construction, and the cost of servicing smaller dwellings has pushed the demand for more affordable dwellings.

“It’s a market that we feel we can fill quite nicely,” Poirier noted. “We’re looking at higher densities. We also have a couple of projects where we are looking at partnering with other land developers to bring in townhouses, apartment buildings, single family residential, etc., and landscaping is minimal so it makes the most effective use of this land. We’re looking at smaller, more compact developments that are not quite as grandiose.”

The need for green

Poirier noted that Medican Construction is looking to establish itself within the green housing industry. This means building houses and dwellings as energy efficient as possible, encompassed in a surrounded, walkable community with available facilities, recreation, and shopping, among other amenities.

“It is a return to the way people used to live in the 1940s and 1950s,” Poirier noted. “You can walk out your door, walk a few blocks and have a place to find entertainment, or pick up milk and bread. It is one of the focuses we’re looking at.”

“Business always comes down to having a vision of the future and believing in yourself. I think the team at Medican Construction has gone through a great deal, but it has made them stronger and it has honed their vision, so they have a clear idea of the way forward,” Poirier summarized.

Poirier attributes the vision of Medican Construction to see parcels of land visualized as developed communities. A Medican Construction project concentrates on a village centre and then builds around it. Poirier noted, “We have a done a number of projects like this, they work very well, and people like them.

“There is a sense of community when people move in. It really is that family touch that makes all the difference.”