MDNA19-MDNA413 is composed of an IL-2 super-agonist (MDNA19) linked to an IL-13 super-antagonist (MDNA413). Data presented in the poster indicate that this DUal CytoKine (DUCK CancerTM) simultaneously activates a pro-inflammatory anti-tumor response, due to its highly selective binding and signaling via the intermediate affinity IL-2 receptor (CD122/CD132), while inhibiting pro-tumoral immune pathways by blocking IL4/IL13 signaling via the Type 2 IL-4 receptor (IL-4R/IL-13R1).

“MDNA19-MDNA413’s ability to mediate both IL-2 and IL-4/IL-13 signaling has the potential to address a significant unmet medical need for effective therapies against immunologically cold tumors,” said Fahar Merchant, PhD, President and CEO of Medicenna. “These tumors are often resistant to checkpoint inhibitors and other immunotherapeutic agents due to their immunosuppressive tumor microenvironment (TME). Data presented at AACR highlight MDNA19-MDNA413’s potential to overcome mechanisms driving resistance in these tumors by showing that the dual specific cytokine inhibits IL-13-induced M2a macrophage polarization and selectively boosts effector immune cells via enhanced CD122/132 signaling. Modulation of these complementary immune pathways is significant, as enhanced CD122/132 signaling activates cancer fighting immune cells while blockade of M2a macrophage polarization mitigates the pro-tumoral effects of an immunosuppressive TME.”

Key data and conclusions from the AACR poster include:

The electronic poster, titled “Modulation of Immune Responses to Cancer by Bi-specific IL-2/IL-13 Superkines” is available for on-demand viewing on the AACR Annual meeting 2021 e-poster website and can also be found on the “Events and Presentations” page of Medicenna’s website.

In addition to its BiSKITsTM program, Medicenna also continues to advance the development of MDNA11, a potentially best-in-class IL-2 Superkine. The Company expects to submit to regulatory agencies an application to commence its Phase 1/2a clinical trial in mid-2021.

About Medicenna
Medicenna is a clinical stage immunotherapy company focused on the development of novel, highly selective versions of IL-2, IL-4 and IL-13 Superkines and first in class Empowered Superkines for the treatment of a broad range of cancers. Medicenna’s long-acting IL-2 Superkine asset, MDNA11, is a next-generation IL-2 with superior CD122 binding without CD25 affinity and therefore preferentially stimulates cancer killing effector T cells and NK cells when compared to competing IL-2 programs. Medicenna’s lead IL4 Empowered Superkine, MDNA55, has completed a Phase 2b clinical trial for rGBM, the most common and uniformly fatal form of brain cancer. MDNA55 has been studied in five clinical trials involving 132 subjects, including 112 adults with rGBM. MDNA55 has obtained Fast-Track and Orphan Drug status from the FDA and FDA/EMA, respectively.

Forward-Looking Statement
This news release contains forward-looking statements under applicable securities laws and relate to the future operations of the Company and other statements that are not historical facts including statements related to the clinical potential of its BiSKITsTM program and Superkine platform. Forward-looking statements are often identified by terms such as “will”, “may”, “should”, “anticipate”, “expects”, “believes” and similar expressions. All statements other than statements of historical fact, included in this release, including the future plans and objectives of the Company, are forward-looking statements that involve risks and uncertainties. There can be no assurance that such statements will prove to be accurate and actual results and future events could differ materially from those anticipated in such statements. Important factors that could cause actual results to differ materially from the Company’s expectations include the risks detailed in the annual information form of the Company dated May 14, 2020 and in other filings made by the Company with the applicable securities regulators from time to time in Canada and the United States.

The reader is cautioned that assumptions used in the preparation of any forward-looking information may prove to be incorrect. Events or circumstances may cause actual results to differ materially from those predicted, as a result of numerous known and unknown risks, uncertainties, and other factors, many of which are beyond the control of the Company. The reader is cautioned not to place undue reliance on any forward-looking information. Such information, although considered reasonable by management at the time of preparation, may prove to be incorrect and actual results may differ materially from those anticipated. Forward-looking statements contained in this news release are expressly qualified by this cautionary statement. The forward-looking statements contained in this news release are made as of the date of this news release and the Company will update or revise publicly any of the included forward-looking statements only as expressly required by Canadian and United States securities law. 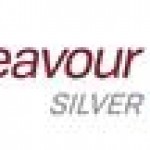 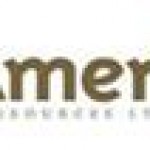