MUSQUEAM, SQUAMISH AND TSLEIL-WAUTUTH, VANCOUVER, Feb. 26, 2021 (GLOBE NEWSWIRE) — The BC Treaty Commission congratulates Tlowitsis Nation and the governments of Canada and British Columbia on the Memorandum of Understanding (MOU) signing, transitioning the negotiations table from Stage 4 to Stage 5 of the BC treaty negotiations framework.
This MOU recognizes the Parties’ shared vision to achieve and implement a tripartite treaty, and the Parties’ commitment to establishing a new approach to Tlowitsis treaty negotiations in accordance with the key policies and legislation. This includes the United Nations Declaration on the Rights of Indigenous Peoples (UN Declaration), the Recognition and Reconciliation of Rights Policy for Treaty Negotiations in British Columbia, and the Declaration on the Rights of Indigenous Peoples Act.“By signing this Memorandum of Understanding, the Parties affirm a shared vision of reconciliation and the recognition of Tlowitsis inherent rights and title, through treaty. There is no greater expression of sharing sovereignty than through a constitutionally protected treaty, and today the Parties are closer to their shared commitment and ongoing nation-to-nation relationship,” says Chief Commissioner Celeste Haldane.Tlowitsis Nation has approximately 435 members, with traditional territory covering part of northeastern Vancouver Island and a part of the mainland, northwest of Sayward. In late 2017, as a result of extensive efforts by the Nation, Tlowitsis acquired additional lands for a new community, Nenagwas, in Campbell River.Chief Commissioner Haldane and Commissioner Angela Wesley joined the virtual celebration of the signing this afternoon.Quick FactsTlowitsis Nation joins the Hul’qumi’num Treaty Group (HTG), Wei Wai Kum and Kwiakah First Nations, We Wai Kai First Nation, Metlakatla First Nation, Ktunaxa Nation, and Stó:lō Xwexwilmexw Treaty Association (SXTA) in the use of transition agreements to advance treaty negotiations.In January 2018, the Principals expanded the Treaty Commission’s mandate to include the support and implementation of the UN Declaration, the Truth and Reconciliation Commission of Canada: Calls to Action, and the Principles Respecting the Government of Canada’s Relationship with Indigenous Peoples.In September 2019, the Principals endorsed a new Recognition and Reconciliation of Rights Policy for Treaty Negotiations in British Columbia. This policy details how negotiations will be grounded in the recognition of Indigenous rights and ownership of Indigenous lands and resources. This is the first tripartite public policy recognizing and protecting Indigenous rights in British Columbia and is a framework to implement the UN Declaration.For more information on all First Nations participating in the BC treaty negotiations process, please see 2020 Annual Report.FOR MORE INFORMATIONSashia Leung / Associate Director / 604-482-9235 / [email protected]
Mark Smith / Director of Process / [email protected]About the BC Treaty CommissionThe Treaty Commission is the independent body responsible for overseeing treaty negotiations among the governments of Canada, BC and First Nations in BC. It has three roles: facilitation, funding, and public information and education. 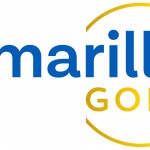 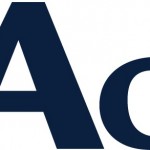