In the northwestern region of Quebec a small-cap exploration, development and operations company called Metanor Resources Inc. is working diligently to prove that there are substantial gold deposits on its property holdings in the province.

Headquartered in Val d’Or, about 525km northwest of Montreal, Metanor has undergone a number of transformations over the past year and the results have all been extremely positive, putting it on a potential path for tremendous success.

Founded by two entrepreneurs in 1999, Metanor went public in 2003. The company acquired the Bachelor property, which has been a commercial gold-producing mine for the past four years. Located about 225km from Val d’Or, it had been abandoned by the previous owner in 2005.

“We reopened it and refurbished everything,” begins Hamelin. “Through the help of investors they were able to build the mine and get it into operation. But then it needed to get to the next phase, which meant attracting more investment and conducting more exploration.”

Hamelin cannot speak for the co-founders, because that precedes his time with the company, but it was apparent they had a gut feeling that the Bachelor mine had the potential to turn into something very encouraging. Launching the project was never held up by technical or physical issues but rather it required the necessary financing and levers in place to fund the rehabilitation, which routinely takes a lot of time and patience in the minerals and mining industry.

“To refurbish the mine and put it into production essentially took eight years to build the asset,” states Hamelin.
The mine is connected to the provincial power grid and is equipped with high speed internet links. That communications setup is something that is often not available to many mining companies that find themselves out in remote regions. It’s a major benefit to Metanor Resources not to have to worry about that aspect of the project.

“When you’re connected to the power grid, especially in Quebec, it’s an excellent advantage to have. The hydroelectricity rate in Quebec compared to the old generators is the difference between night and day. Cellular coverage and high-speed internet is good for the employees and operational efficiency,” he says.

Hamelin is quick to point out the great group of employees at Metanor who are wholly dedicated to the site. They are always working hard and managing to keep costs down and identifying the most efficient methods of mining.

“It requires a lot of engineering and geology. There is constant communication between the various groups to keep it running smoothly. People at the mine are very excited. It’s a good time for us,” says Hamelin.

With the new partners that came onboard in the spring of 2017, Metanor has increased the number of drills on the ground and expanded upon the exploration drifts. The search is on in all directions for more minerals to increase the lifespan of the mine.

Since a complete executive management change at Metanor Resources last winter it’s been full-steam ahead since then, with solid financial backing having been acquired and an active exploration schedule. Hamelin is extremely excited about the opportunities with such an excellent new management team in place that also includes Chairman & CEO Greg Gibson and CFO James N. Fairburn, who joined the team this past July. These three men, along with others on the executive branch, have many years of combined experience that should bode well for the future of Metanor.

“Our founders brought the company to a certain level and then the new management came in with new ideas to unlock the vast potential of the properties,” says Hamelin.

In addition to Bachelor, Metanor Resources also owns several other properties that hold untapped potential. The Urban-Barry property would be at the top of the list. Located about 110km south of Bachelor it’s a gold-hosting property and is directly adjacent to the Windfall Lake mine belonging to Osisko Mining.

“It’s on the same geological structure and we’re sharing the same camp. We’re very interested in that area and have been drilling. We’re very excited to be in there drilling to find the future mines,” says Hamelin.

With the Bachelor mine running smoothly the next target on the agenda will be to spend time developing the Barry project.

“We’re going to do a bulk sample. Depending on the results of the sample it could be very interesting. In the short-term it’s mostly technical people that we’re going to be hiring.”

Full camps can be large: Hamelin says there could easily be 100 people working on the site during full-production mode. Metanor Resources also holds two other properties: Moroy and Nelligan.

“We’re driving an exploration drift towards Moroy and will hit it before Barry because Moroy is from underground. We just recently started exploration drilling there. We’ll then assess what we have,” says Hamelin.

A sizable percentage of the drilling is being done from the surface to show that the structure is there. The interesting aspect for Hamelin and the Metanor team is that Moroy and Bachelor meet at depth so they are keen to gauge the untapped potential.

Hamelin recently attended a precious metals summit in Beaver Creek, Colorado for the primary reason of getting Metanor’s name out in the public and for people within the industry to find out more about the company.
“We’ve got excellent talent here. We’re a small-cap company that has lots of potential for growth. “We’re well funded. There is no need right now for capital at this stage,” says Hamelin.

According to Hamelin there are some noticeable technological breakthroughs in certain areas of the industry that could lead to a more efficient process, especially in battery-powered vehicles. There are also significant costs associated to ventilate diesel-engine equipment that may become obsolete, or at least lessened, in the not-to-distant future.

The combination of support from strategic investors, a knowledgeable, experienced management team and fostering partnerships with local communities, the future certainly seems bright for Metanor Resources.

“With Metanor’s sound financial situation and this added flexibility for growth, we will be increasing our drill campaigns on the Bachelor property to unlock its full potential; the goal being to increase ounce production and revenue. In addition, Barry’s recent drill success gives us every indication that this once producing asset could very likely be revisited,” Greg Gibson, Chairman and & CEO, said in a public release.

“Within the next couple of years we’ll want to have more mines being operated,” concludes Hamelin. “You always look for the 100,000 ounces per year. When we get there it means we’ll be on the course we want to be.” 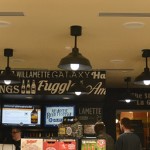