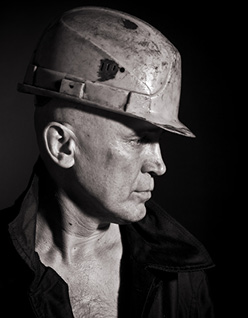 It is a golden time in the exploration industry. That’s certainly the case with Val-d’Or, Quebec-based Metanor Resources Inc., an advanced stage exploration company that has formed exciting and strategic plans to boost its production sphere in the coming months.

Based in mining-friendly Quebec, Metanor Resources has more than 1.6 million ounces available at three of its properties. Among these properties is the Bachelor Lake Mine and Mill. The recent shaft sinking of 536 feet was on time and on budget. Metanor Resources anticipates that it will ramp up its annual production to as much as 60,000 ounces by next year’s third quarter, equaling 5,000 ounces of production per month.

Upgraded infrastructure surrounding Metanor Resources’ project sites allows for proven production capability. An underground mine adjacent to a mill has also proven to be a cost effective resource for the company. With a bulk sample permit for 5,000 tonnes,

Metanor Resources is well on its way to production, and is working to prepare both a bulk sample in addition to further development. The plan is to have bulk samples pass through the mill in the first quarter of 2012.

“Metanor Resources is now conducting the change-over to lateral development, to be in full production in the third quarter of 2012, and is also preparing a strategic plan for the Barry property.”

“We have a two-pronged focus,” Perry explained. “We are going into production at Bachelor Lake where we are focused only on gold. We have a 15,000-metre drill campaign at Bachelor Lake/Hewfran. Because of its success, we plan to expand. Based on “back of the envelope calculations, Industrial Alliance mining analyst Killian Charles estimates the potential resource over 700,000 ounces, so we’re very happy with that, as we believe Bachelor Lake has more ounces than the present. We also have the Barry open pit, which is where we gained production experience and it helped pay for some of the work at Bachelor Lake to get it to where it is today.

“We’re definitely going to do some more drilling, taking the drill from surface and bringing it down to Level 15. We’re accessing ore at Bachelor Lake to increase shareholder value and we’re working on a Barry Open Pit strategic plan to maximize value.”

Sprott Asset Management, led by CEO Eric Sprott, is the largest shareholder in Metanor Resources. Perry commented, “We have a very good company and we have very good credentials of partners including Sandstorm Gold. One of the key metrics for us is that we have a mill, roads, infrastructure, water and telecommunications towers, two mining camps, two cafeterias and all this is paid for. We also have about 85 permits already for this company. That’s one of the key attributes of Metanor Resources compared to any other junior.”

Unique to Metanor Resources is that it is the only mill within a radius of 100 kilometres. Within that radius, more than 1.5 million ounces of historical gold is available, an area in which two acquisitions have already been made, including the Barry Open Pit.

SGS Geostat in its recent 43-101 report stated, “As a larger tonnage with lower grade with an onsite mill, Barry has the potential to become a significant low grade high tonnage deposit similar to the Osisko (Malartic) and Detour Gold (Detour). The gold is in the system, the mineralized fluids have circulated in the major shear.” Metanor Resources would also like to boost its resources at Barry. Once appropriate resources are available, the plan is to consider a bankable feasibility study to either build a mill, a concentrator or use a new production technology at Barry. “We could again do another circle of 100 kilometres and do more consolidation in the area. Once you’ve got the mill, you could control the territory,” Perry said.

Eye toward the future

Composing a seasoned team with more than 200 years of combined experience, Metanor Resources and its team is very familiar with underground mining. From here, it is baby steps for the company, beginning with its focus on initiating production. As Perry summarized, “Once you’re in production, you start to make a lot of cash flow.” Following, the plan is to turn its focus to furthering exploration, particularly at the Barry site.

Reads the Metanor Resources website, “We believe in sustainable economic development backed by safe, profitable and socially responsible practices. Our mission is to support development projects underway as we maximize the mining potential of sites already in operation. We aim to offer investors exceptional returns thanks to the historically high price of gold, the main ore that we mine.”

“The price of gold going up is obviously a positive,” commented Perry on the recent commodity boom. “It’s an extra $500 per ounce that goes straight to the bottom line. That can relate to more than $25 million in extra profit. But even at $1,000 for gold, we make money, because our direct cash cost is only $464, so there is very good upside in this gold market because once we’re in production the price of gold could be between $1,500 and $2,000 in Q3-2012. We’re going to make a lot of money.”