VANCOUVER, British Columbia, Oct. 09, 2018 (GLOBE NEWSWIRE) — Methanex Corporation (the “Company”) (TSX:MX) (NASDAQ:MEOH) announced today that it has successfully restarted and produced first methanol from its 0.8 million tonne Chile IV plant that has been idle since 2007. In addition, the Argentine Government recently granted permits to allow for the export of natural gas from Argentina to Chile and Methanex has begun to receive natural gas from Argentine suppliers. We expect that our current gas agreements will allow for a two-plant operation in Chile during the southern hemisphere summer months and up to a maximum of 75% of a two-plant operation annually until mid-2020.

John Floren, President and CEO of Methanex commented, “We are thrilled to announce the successful restart of our Chile IV plant. Our team in Chile did an outstanding job in completing this project with excellent safety performance and the project was completed on schedule and on budget. We are also extremely pleased to begin receiving natural gas from Argentina once again and we are optimistic that in the long-term we can secure sufficient gas without seasonal restrictions to underpin a continuous two-plant operation.”

Methanex is a Vancouver-based, publicly traded company and is the world’s largest producer and supplier of methanol to major international markets. Methanex shares are listed for trading on the Toronto Stock Exchange in Canada under the trading symbol “MX” and on the NASDAQ Global Select Market in the United States under the trading symbol “MEOH”.

However, forward-looking statements, by their nature, involve risks and uncertainties that could cause actual results to differ materially from those contemplated by the forward-looking statements. The risks and uncertainties primarily include those attendant with producing and marketing methanol and successfully carrying out major capital expenditure projects in various jurisdictions, including without limitation: 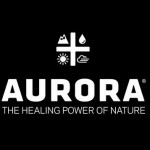