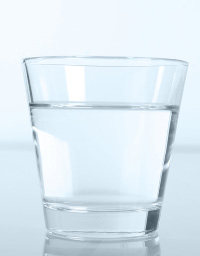 This month, CBJ looks at a critical infrastructure project in Vancouver. Metro Vancouver, responsible for moderating infrastructure water projects in B.C.’s largest city, has been working on the Seymour-Capilano water treatment system for several years.

The Seymour and Capilano watersheds supply up to 70 per cent of Vancouver’s Lower Mainland drinking water. Bill Morrell, spokesperson for Metro Vancouver, explained to CBJ how the new water supply and treatment facilities for these water sources have come together. The project, according to Morrell, doesn’t have “any immediate serious challenges standing in the way” and says that Metro Vancouver is “optimistic to complete this project (the tunnels and connecting the Capilano source to the plant) in early 2013, the current schedule.”

The Seymour-Capilano Filtration Plant has been in operation since February 2010, and is successfully treating the area’s drinking water. “The plant is exceeding expectations, and continues to improve Metro Vancouver’s already very good water quality,” Morrell comments. The plant is the largest of its kind in Canada, treating 1.8 billion litres of water per day from both water sources that feed it. The plant is located in the Lower Seymour Conservation Reserve (LSCR), and improves Metro Vancouver’s drinking water by removing turbidity and micro-organisms, and also reduces the amount of chlorine required to maintain water quality.

The source water going through the plan is an important part of Vancouver’s life cycle. The water supplies municipalities, businesses and industry. Once the Twin Tunnels Project is complete (as part of the larger system), Capilano and Seymour source water will be filtered by the plant. Significant milestones have already been met, including the completion of the Seymour Shaft. The Seymour Shaft is an 185-metre deep, 11-metre diameter shaft that links the tunnels to the surface. This shaft is located across Lillooet Road from the filtration plant, in the District of North Vancouver’s Lynn Canyon Park.

The most critical aspect of Metro Vancouver projects is the city’s focus on developing infrastructure with a sustainable plan. Morrell says that the team has “committed to sustainability as a key element of all planning and operational opportunities. A significant triple-bottom line has been implemented that as this plan was designed and constructed and finally put into commissioning, into operation, it would be based on that notion of economic environmental and social sustainability.” It is no secret that British Columbia has contributed to the grassroots movement in sustainable design. Metro Vancouver integrates this concept into the very roots of its plans.

Metro Vancouver looked at the broad-based impacts on the environment of the Seymour Capilano water plant and system when doing initial planning, there were thoughts to build two plants originally: one to serve the Capilano water source, one for the Seymour source. But those plans were scrapped after community impact assessments and engineers reviewed the idea. Now, there is one plant serving both sources—with two tunnels running from the sources. “It was the most sustainable plan,” Morrell says.

That sustainability concept has always been front and centre, and all parties involved in the project have been on board, with alternative approaches to construction playing a large part in development.

In addition to the plant being the largest filtration plant of its kind in Canada, and the largest Greenfield plant construction, it also incorporates the largest ultraviolet light disinfectant system in the world. “Leading edge technologies were built into every phase of the design,” says Morrell. Other concepts that were used included geothermal heating and cooling, eco-smart concrete, and independently-certified sustainable wood. The facility has a LEED Gold certification.

Of course, to meet the triple-bottom line for sustainable development, organizations must engage the community. In the case of Metro Vancouver, the communities surrounding development sites were very involved in the planning and execution stages. “At the beginning, there was much public concern about private and public partnerships. P3 partnerships are often used to manage risk, but in this case, in terms of the plans itself, there was lack of clarity around risk for the tunnels part of the system. So ultimately, the decision was a very public process, and a decision was made to not make the filtrations system planning a P3 partnership but a conventional design-bid scenario. Extensive efforts to involve the public and inform them about the plant were made,” Morrell explains. “The public has been very much involved.”