The 100-point index provides a snapshot of the state’s overall retail industry. Index values above 50 generally indicate positive activity; the higher the number, the stronger the activity.

“The increase in sales isn’t a surprise, considering that many people waited until the last week before Christmas to complete their shopping,” said Jim Hallan, MRA President and CEO. “We’re pleased retailers had a healthy holiday sales season after a disappointing one in 2016.”

Nationally, sales exceeded expectations, increasing 5.5 percent over the same period in 2016 to $691.9 billion, said the National Retail Federation. Growing wages, stronger employment and higher confidence led consumers to open up their wallets. The number, which excludes restaurants, automobile dealers and gasoline stations, includes $138.4 billion in online and other non-store sales, which were up 11.5 percent over the year before.

The Michigan survey showed that 37 percent of respondents have an online presence. Of those, 29 percent said online sales accounted for less than 10 percent of their overall holiday sales.

Category leaders in Michigan were jewelry stores (75 percent increase); gifts stores (62 percent) and personal services such as salons (60 percent). The food and beverage sector lagged in the region, according to the Federal Reserve’s January report.

Michigan retailers remain optimistic for strong winter sales: 40 percent expect sales through March to increase, 24 percent predict a decrease and 36 percent expect no change. That raises the seasonally adjusted outlook index to 66.4, according to the Retail Index survey.

December unemployment ticked up one-tenth of a percentage to 4.7 percent in Michigan, the highest level since April but still below the December 2016 rate of 5.1 percent. The December 2017 U.S. unemployment rate was 4.1 percent. “2017 marked another solid year for Michigan’s labor market,” said Jason Palmer, director of the Bureau of Labor Market Information and Strategic Initiatives. “The state’s jobless rate fell for the eighth straight year, while payroll jobs rose for the seventh consecutive year. However, employment gains were somewhat below the 2016 advance.”

Note: William Strauss, senior economist and economic advisor with the Federal Reserve Bank of Chicago, can be reached at 312.322.8151.

*Seasonally adjusted diffusion index. A diffusion index, which is the sum of the percent of respondents indicating increase and half the percent indicating no change, is calculated and then seasonally adjusted using the U.S. Census Bureau’s X-11 Seasonal Adjustment procedure. Index values above 50 generally indicate an increase in activity, while values below 50 indicate a decrease. 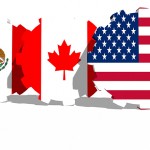