Forty-one percent of retailers who responded to the monthly Retail Index survey say their sales were up compared to October.

And there’s optimism for December sales, especially for this “Super Saturday” of shopping right before Christmas: “The fact that Christmas falls on a Monday means this weekend could be an epic shopping weekend. We’re optimistic,” said MRA President and CEO James P. Hallan.

According to the National Retail Federation (NRF), only 12 percent of consumers had finished their holiday shopping as of Dec. 12, with shoppers having completed an average of only 61 percent. Most people (55 percent) will have completed their purchasing by today, but 6 percent saying they will still be shopping Sunday and 5 percent saying their final gifts won’t be bought until after Christmas.

NRF reported that nationally, sales in November increased 0.9 percent over October on a seasonally adjusted basis and were up 6 percent year-over-year unadjusted. But the NRF notes that much of the increase is due to online and other non-store sales. which grew 10.5 percent year-over-year (the numbers exclude automobiles, gasoline stations and restaurants).

The 100-point index gauges the performance of the state’s overall retail industry, based on monthly surveys conducted by MRA and the Federal Reserve Bank of Chicago’s Detroit branch. Index values above 50 generally indicate positive activity; the higher the number, the stronger the activity.

One retailer who took the survey said, “We are very blessed to be successful. But it’s hands-on hard work, not just luck.”

While November apparel and shoes sales slipped a few percentage points in Michigan, gift sales and furniture/appliance sales did well.

Michigan retailers are optimistic for strong winter sales: 51 percent expect sales through February to increase, 23 percent predict a decrease and 26 percent no change. That raises the seasonally adjusted outlook index to 79.5, according to the Retail Index survey.

Note: William Strauss, senior economist and economic advisor with the Federal Reserve Bank of Chicago, can be reached at 312.322.8151.

*Seasonally adjusted diffusion index. A diffusion index, which is the sum of the percent of respondents indicating increase and half the percent indicating no change, is calculated and then seasonally adjusted using the U.S. Census Bureau’s X-11 Seasonal Adjustment procedure. Index values above 50 generally indicate an increase in activity, while values below 50 indicate a decrease. 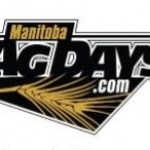