CBJ – Microsoft expects at least one billion people to be using its Windows 10 operating system in the software’s first two to three years, signalling optimism in its push to revive Windows and make it more useful on smaller devices, such as smartphones and tablets.

Windows executive Terry Myerson made the bold forecast at the company’s Build developer conference in San Francisco. He also unveiled tools to make it easier to convert applications originally programmed for Google’s Android to Windows phones and those written for Apple’s iOS devices to Windows gadgets without rewriting the bulk of the code.

Microsoft is trying to use Windows 10, which goes on sale this summer, to jump-start the personal-computer market and to entice more tablet and smartphone buyers to choose Windows models. The company is also betting that easier development of mobile apps and the ability to repurpose work done for other operating systems will get more engineers to build Windows programs, which in turn could help woo users.

The company also said it will make it easier to turn websites into Windows applications, as well as older apps that use Microsoft’s .Net and Win32. For websites, users will be prompted for a short download, which will then let the website send notifications and e-commerce services. The site also can take advantage of Microsoft’s Cortana voice-activated digital assistant.

For developers of iOS, Android, Win32 and .Net apps, the changes mean they can reuse almost all of the programming code and convert them for Windows.

“We want to make sure we build bridges for you,” CEO Satya Nadella said. 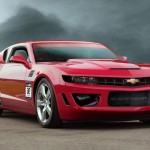