CBJ — If you can’t beat ‘em, buy ‘em. That has seemed to be the long-held strategy of Microsoft, which is paying $7.5 billion for the popular coder hangout GitHub as the maker of Windows further embraces the types of open-source projects it used to avoid. GitHub started in San Francisco in 2008 and has grown significantly since attracting outside investment in 2012.

CEO Satya Nadella said the all-stock deal pairs Microsoft with the “world’s leading software development platform,” a destination where developers around the world go to share and review each other’s code.

As Microsoft built its business on proprietary software such as the Windows operating system, it came to be viewed as an antagonist to the open-source philosophy of free software written by a collaborative community of developers not unlike Linux. The company has been working for years to shed that reputation, especially after Nadella took over in 2014.

“Developers will be at the centre of solving the world’s most pressing challenges,” Nadella said in a blog post. “However, the real power comes when every developer can create together, collaborate, share code and build on each other’s work.”

Microsoft has somewhat of a long history of acquiring successful companies. Its biggest-ever deal was its $27 billion US acquisition of LinkedIn in 2016. 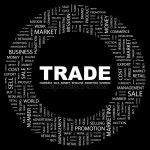