NOT FOR DISTRIBUTION TO U.S. NEWSWIRE SERVICES OR FOR RELEASE, PUBLICATION, DISTRIBUTION OR DISSEMINATION DIRECTLY, OR INDIRECTLY, IN WHOLE OR IN PART,
IN OR INTO THE UNITED STATES.                                           VANCOUVER, British Columbia, March 17, 2020 (GLOBE NEWSWIRE) —  Midas Gold Corp. (TSX:MAX / OTCQX:MDRPF) (“Midas Gold” or the “Company”) today reported that it has completed its previously announced offering (the “Offering”) of Canadian dollar denominated 0.05% senior unsecured convertible notes issued by a wholly owned subsidiary of the Company (the “2020 Notes”), raising total gross proceeds of US$35.0 million (C$47.6 million).  The 2020 Notes are convertible into common shares of the Company (“Common Shares”) at a price of C$0.4655 per share.  All of the 2020 Notes were purchased by Paulson & Co., Inc. (“Paulson”) and no 2020 Notes or Common Shares were taken up under the proposed brokered portion of the Offering.“We are appreciative of the continued support of Paulson in completing this Offering of the 2020 Notes,” said Stephen Quin, President & CEO of Midas Gold Corp.  “Through this Offering, we are now positioned to continue to advance the world class Stibnite Gold Project with certainty of funding.”Director AppointmentsIn conjunction with the Offering, Midas Gold will be appointing Marcelo Kim, Partner at Paulson and a current director of the Company, as Chair of its board of directors, and Peter Nixon, current Chair of the board of directors of the Company, as independent Lead Director. “On behalf of Midas Gold, we thank Peter Nixon for his exemplary leadership as Chair of the Company since its foundation and will continue to work with him in his continuing role as Lead Director,” said Mr. Quin.  “Mr. Kim has been an active contributor to the Company since his appointment in 2016 and we look forward to working with him on this next important phase of the Company’s development.”Paulson OwnershipUnder the Offering, Paulson, on behalf of the several investment funds and accounts managed by it, purchased 2020 Notes in the aggregate principal amount of C$47.6 million (US$35.0 million). Prior to the Offering, Paulson held 9,664,520 Common Shares and C$34,502,500.13 of convertible notes issued in 2016 (“2016 Notes”), representing 3.56% of the outstanding Common Shares of the Company (107,101,685 Common Shares or 29.03% on a partially diluted basis assuming conversion of just the 2016 Notes held by Paulson).  Following completion of the Offering, Paulson beneficially owns 9,664,520 Common Shares, representing approximately 3.56% of the Company’s outstanding Common Shares (209,357,324 Common Shares or 44.43% on a partially diluted basis, assuming conversion of only the 2016 Notes and 2020 Notes held by Paulson, and 40.67% assuming conversion of the all of the 2016 Notes, some of which are held by other parties, and the 2020 Notes.As Paulson already holds more than 20% of the Company’s outstanding securities on a partially diluted basis, the Offering does not materially affect control of the Company.Use of ProceedsMidas Gold and its subsidiaries will use the proceeds from the Offering for permitting and feasibility studies for the Stibnite Gold Project and for working capital and general corporate purposes.AdvisorsFort Capital Partners acted as financial advisor to the Special Committee of the board of directors of the Company.  Miller Thomson LLP acted as Canadian legal counsel, and Dorsey & Whitney LLP acted as US legal counsel to Midas Gold.  Goodmans LLP acted as Canadian counsel to Paulson.This news release does not constitute an offer to sell or the solicitation of an offer to buy, nor shall there be any sale of these securities, in any jurisdiction in which such offer, solicitation or sale would be unlawful prior to registration or qualification under the securities laws of such jurisdiction. The securities have not been and will not be registered under the United States Securities Act of 1933, as amended (the “U.S. Securities Act”), or any state securities laws, and may not be offered or sold within the United States unless an exemption from such registration is available.For further information about Midas Gold Corp., please contact:
Liz Monger – Manager, Investor Relations
(t): 778.724.4704
(e): [email protected]Forward-Looking Statements
Statements contained in this news release that are not historical facts are “forward-looking information” or “forward-looking statements” (collectively, “Forward-Looking Information”) within the meaning of applicable Canadian securities legislation and the United States Private Securities Litigation Reform Act of 1995. Forward-Looking Information includes, but is not limited to, disclosure regarding possible events, conditions or financial performance that is based on assumptions about future economic conditions and courses of action and expected use of proceeds and business objectives. In certain cases, Forward-Looking Information can be identified by the use of words and phrases such as “anticipates”, “expects”, “understanding”, “has agreed to”, “will” or variations of such words and phrases or statements that certain actions, events or results “would”, “occur” or “be achieved”. Although Midas Gold has attempted to identify important factors that could affect Midas Gold and may cause actual actions, events or results to differ materially from those described in Forward-Looking Information, there may be other factors that cause actions, events or results not to be as anticipated, estimated or intended. In making the forward-looking statements in this news release, Midas Gold has applied several material assumptions, including the assumptions that general business and economic conditions will not change in a materially adverse manner. There can be no assurance that Forward-Looking Information will prove to be accurate, as actual results and future events could differ materially from those anticipated in such statements. Accordingly, readers should not place undue reliance on Forward-Looking Information. Except as required by law, Midas Gold does not assume any obligation to release publicly any revisions to Forward-Looking Information contained in this news release to reflect events or circumstances after the date hereof or to reflect the occurrence of unanticipated events. 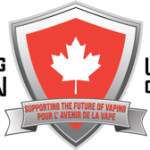