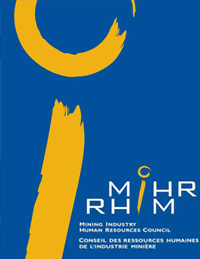 The Canadian mining industry is known as one of the safest in the world – and it is one led by some of Canada’s best and brightest. The Canadian mining industry has something else to be proud of: its inclusion of local communities. The industry is arguably the most community-friendly anywhere – the relationships that mining corporations have formed with Canada’s people are unparalleled.

People have always been the fundamental base for Canada’s mining industry, since coal was discovered on Cape Breton Island more than 300 years ago. Mine workers’ diligence and care have influenced what the Canadian mining industry is today.

However, a great challenge exists because of the human resources challenges in the industry. For example, the number of Canadian mining workers over the age of 50 is two to five times below those mining workers under 30. These demographics are more noteworthy in mining than in other sectors, because the industry has not made good enough use of wonderful potential sources of workers such as women, Aboriginal Canadians, youth and immigrants.

It is important to note that in 2007, the mining and mineral processing industry employed 363,000 people, with Ontario and Quebec accounting for more than 18 per cent of these jobs. Alberta, not surprisingly, accounts for more than 34 per cent of those jobs. Probably more surprising is that one in every 46 jobs in Canada is mining-related.

The Mining Industry Human Resources Council, a Canadian organization, funded in part by the Government of Canada’s Sector Council Program, has the enormous task of addressing the human resources challenges in the Canadian mining industry. Their innovative approach to doing so has resulted in a collaborative effort to bring the best ideas to the table that will benefit all stakeholders. This means also that resources are used properly and the promotion of best practices contributes toward a better industry in the future.

The MiHR mandate
The MiHR has three over-arching priorities: attraction, retention and transition of mine workers and professionals, skills, learning and mobility in the sector, and research for industry sustainability. Companies that work with the organization can take pride knowing that they are contributing to these three areas – which will ultimately benefit Canadian mining for now and for future generations.

Ryan Montpellier, Executive Director of the Council has been on board for six years, and in his position for a year and a half. Montpellier says that the diversity and the inclusiveness in the mining industry is great in Canada, but more needs to be done, and that effort needs to be industry-driven. “There’s a significant benefit to tackling human resources issues together as an industry, both with the participation of corporations and other stakeholders. I think the mining industry is doing a good job of being inclusive, but we could do better” he reasons.

Montpellier adds that with the aging mining worker population, inclusion is even more important – because there will definitely be a shortage imminently. “This issue of demographics is a huge priority for us. Although the recession has released more people into the Canadian workforce, we’re still going to have a shortage. Regardless of where we’re at in the mining cycle, the demographics don’t change – there will still be a massive exodus of the mining industry. We need a significant amount of replacement workers, hence our current initiatives.”

Serving public and private interests
True to his statement, there needs to be a real collaboration in the next few years between the public and private sectors to get more people into the mining sector. That means the onus is on the Council to communicate where potential labour sources are. Right now, the biggest untapped resource is the one closest to home: Aboriginal communities across the country.

“Today, the mining industry is the largest Aboriginal employer in Canada. This makes sense – we’re on Aboriginal land in many cases and the level of partnership between the private sector, Aboriginal groups and the MiHR is really something to be proud of” beams Montpellier. The MiHR conducted a study in 2005 over a two-year span that looked at a variety of challenges the mining industry faced, including looming labour shortage and inclusion – that study is where the efforts began to look at a more varied workforce. MiHR quickly developed a brand associated with their cause: “Explore for More”. The intention was to  help mitigate the negative perceptions and stereotypes about the mining industry that weren’t accurate: “we wanted to eliminate that perception of the soot covered working in a low technology operation, because that image couldn’t be further from the truth” Montpellier explains. The MiHR tackled the perception issue, and were successful in turning more people on to the mining industry, including young people,  through info packs sent to high schools, and presentations in communities.

MiHR also examined best practices and wanted to discover how the areas of recruitment and retention were faring in mining, and that’s where the inclusion piece came from. “We wanted to find out what other industries were doing to attract people, and from there developed a tool kit for mining companies on what they can do better” Montpellier recalls.

Inclusion is the most important priority
Since then, the focus has been on promoting the inclusion of Aboriginal workers. Montpellier explains that there is a good business case for companies to tap into this resource: “There are moral and social benefits to being inclusive, but there is also a true business case that we can’t ignore. Companies are warming up to this idea, which is great, given the geography and proximity of Aboriginal peoples to mine sites”.

Indeed, almost half of all aboriginal people in Canada are under 25 years old, which means the workforce is there for the sector to utilize. “We’re working on boosting awareness – currently our biggest challenge. We’re letting Aboriginal communities know what the mining industry is looking for, in terms of technical skills and other abilities. We developed a guide for communities and are working towards a more inclusive industry” says Montpellier. He adds that Aboriginal community feedback and participation has been crucial in this matter of inclusion.

“We didn’t want this to be a prescriptive; we didn’t want to be telling Aboriginal people what we wanted we wanted, instead we wanted them to participate and tell us what they need to be successful and engaged. We’ve worked with the Assembly of First Nations and the Metis National Council, as well as the ITK jointly, with the goal to find out how we can add value to their communities.”

In addition to these outstanding efforts, MiHR is also developing a worker certification system, so that non-designated mining workers can work across Canada. With any luck, MiHR initiatives will serve to strengthen the mining industry, and in turn, improve Canada’s socioeconomic landscape. “We could not do this without the help of Canadian companies who are potential employers” Montpellier explains, “but more than that, we all have to work together to create a culture of inclusion for the benefit of all”.

For more information on the MiHR or its affiliates, visit www.mihr.ca.

Our Commitment.
We are committed to actively engaging and working with all communities of interest—employers, educators, organized labour, and Aboriginal groups, among others—to develop solutions tailored to human resources needs in the mining sector.

Our Background.
MiHR is the sector council for the Canadian minerals and metals industry. A recognized leader in the development and implementation of national human resources solutions, MiHR contributes to the strength, competitiveness, and sustainability of the Canadian mining sector. The products and services supporting our endeavours are based on sound research into the skills and labour market issues that matter most to the Canadian mining industry. 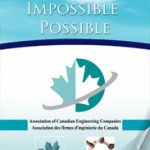 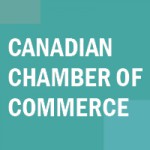