Not for distribution to United States newswire services or for dissemination in the United States.VANCOUVER, British Columbia, Feb. 10, 2020 (GLOBE NEWSWIRE) — Millrock Resources Inc. (TSXV:MRO) (“Millrock” or the “Company”) reports it has increased the non-brokered private placement announced on January 31, 2020. The financing will now consist of up to 12,500,000 units (the “Units”) at a price of $0.12 per Unit, for gross proceeds of up to $1,500,000. Each Unit will consist of one common share of the Company and one share purchase warrant (the “Unit Warrants”). Each Unit Warrant will entitle the holder to purchase one additional common share of the Company at an escalating exercise price as follows:
Until December 14, 2020, the Unit Warrants will be exercisable at $0.17 per share; andThereafter, until December 14, 2021, the Unit Warrants will be exercisable at $0.20 per share.The proceeds from the Offering will be used to advance exploration on the Company’s current projects ($300,000), for generation of new projects ($400,000), marketing of projects to funding partners ($150,000) and the remainder for general corporate purposes.The financing is subject to approval of the TSX Venture Exchange.About Millrock Resources Inc.
Millrock Resources Inc. is a premier project generator to the mining industry. Millrock identifies, packages, and operates large-scale projects for joint venture, thereby exposing its shareholders to the benefits of mineral discovery without the usual financial risk taken on by most exploration companies. The company is recognized as the premier generative explorer in Alaska, holds royalty interests in British Columbia, Canada and Sonora State, Mexico and is a significant shareholder of junior explorer ArcWest Exploration Inc. Funding for drilling at Millrock’s exploration projects is primarily provided by its joint venture partners. Business partners of Millrock have included some of the leading names in the mining industry: EMX Royalty, Centerra Gold, First Quantum, Teck, Kinross, Vale, Inmet, Altius, Riverside, PolarX and Resolution Minerals.ON BEHALF OF THE BOARD
“Gregory Beischer”
Gregory Beischer, President & CEOFOR FURTHER INFORMATION, PLEASE CONTACT:
Melanee Henderson, Investor Relations
(604) 638-3164
(877) 217-8978 (toll-free)Some statements in this news release contain forward-looking information. These statements address future events and conditions and, as such, involve known and unknown risks, uncertainties and other factors which may cause the actual results, performance or achievements to be materially different from any future results, performance or achievements expressed or implied by the statements. Such factors include without limitation the receipt of TSX Venture Exchange acceptance and completion of the Offering.THIS NEWS RELEASE DOES NOT CONSTITUTE AN OFFER TO SELL OR THE SOLICITATION OF AN OFFER TO BUY ANY SECURITIES OF THE COMPANY IN THE UNITED STATES OR IN ANY OTHER JURISDICTION IN WHICH ANY SUCH OFFER, SOLICITATION OR SALE WOULD BE UNLAWFUL. THE SECURITIES TO BE OFFERED UNDER THE OFFERING HAVE NOT BEEN AND WILL NOT BE REGISTERED UNDER THE 1933 ACT OR ANY STATE SECURITIES LAWS, AND MAY NOT BE OFFERED OR SOLD IN THE UNITED STATES OR TO U.S. PERSONS (AS THAT TERM IS DEFINED IN REGULATION S UNDER THE 1933 ACT) EXCEPT IN TRANSACTIONS EXEMPT FROM THE REGISTRATION REQUIREMENTS OF THE 1933 ACT AND APPLICABLE STATE SECURITIES LAWS.
CBJ Newsmakers 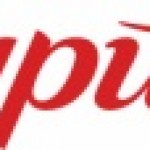 Saputo Commits to Climate, Water and Waste Targets by 2025 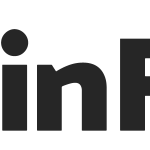