VANCOUVER, British Columbia, Oct. 01, 2019 (GLOBE NEWSWIRE) — Millrock Resources Inc. (TSX-V: MRO, OTCQB: MLRKF) (“Millrock” or the “Company”) is pleased to provide the following update on activities that have occurred over the past calendar quarter.President & CEO Gregory A. Beischer commented: “The moves Millrock has made over the past three months has positioned the company well for what appears to be a coming bull market in precious metals. We have developed an enviable gold project portfolio that is attracting funding partnerships and should result in substantial drill programs in 2020. With drilling comes the potential to increase Millrock’s share price through mineral deposit discovery.”Financing:
A two-stage equity financing was completed for gross proceeds of $1,577,474.86. The funds are being used to advance the Goodpaster gold project, and to generate new projects.Dragonslayer copper-gold project (Alaska):
The first project generated with the recent financing proceeds is named Dragonslayer. Very shortly after Millrock’s acquisition of the mineral rights through staking of State of Alaska mining claims, the property became the subject of a previously-announced binding letter agreement with First Quantum Minerals Limited (“FQML”). FQML can earn the exclusive right to enter an option to joint venture agreement with predetermined business terms. To earn the right, FQML is funding geochemical surveys, mapping and prospecting to a value of US$100,000. Work has been completed and results are anticipated in October. The work is focused on a geophysical anomaly located in a belt of Cretaceous-aged rocks that have demonstrated potential for copper-gold porphyry deposits. The geophysical anomaly consists of a conductive zone surrounding a magnetic high in a low-lying area with little outcrop exposure. The target was detected using an airborne ZTEM and magnetic susceptibility survey. FQML may earn up to an 80% interest by funding the project until commercial production is achieved, and by paying Millrock US$700,000. 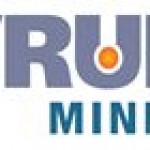