VANCOUVER, British Columbia, Sept. 28, 2020 (GLOBE NEWSWIRE) — Millrock Resources Inc. (TSX-V: MRO, OTCQB: MLRKF) (“Millrock” or the “Company”) reports assay results from drilling from exploration drill holes 20EC05, 20RE06 and 20AU07 that have been recently completed at the Echo, Resolution, and Aurora targets on the West Pogo block of the 64North Gold project.
The locations of the holes drilled so far this year on the West Pogo Block are shown in Figure 1, along with the locations of the Echo, Reflection, and Aurora target areas. Also depicted are the locations of the Pogo Mine and the Goodpaster deposit situated on claims owned by Northern Star Resource Ltd (“Northern Star”). Northern Star recently indicated that it intends to perform delineation drilling at Goodpaster with a $21 million budget in the coming year, and work is now underway.Hole 20EC05 was drilled to test a strong, gently northwest dipping CSAMT conductor in a prospect area that is down dip and approximately four kilometers from Northern Star’s Goodpaster deposit. On Millrock’s claims it is referred to as the Echo prospect. Numerous fault zones with some pyrite and strong dolomite-sericite alteration were intersected from 224 meters to 293 meters downhole. No anomalous gold results were returned from these zones.At the Reflection prospect, hole 20RE06 was drilled to test conductive rocks in an area where an intrusive rock body was interpreted from airborne magnetic data, two kilometers due east from Northern Star’s Goodpaster deposit. A fault zone with pyrite and arsenopyrite, locally with quartz breccia clasts, was intersected from 279.4 meters to 289.1 meters. Also, a zone of stockwork quartz mineralization was intersected over 0.6 meters starting at a depth of 324.9 meters. The mineralized zones did not contain any gold anomalies.Drilled directly along strike from the Goodpaster deposit, hole 20AU07 intersected a zone of shallow-dipping quartz veining over a seven-meter interval, starting at 488 meters downhole. The zone of veining is hosted by paragneiss and is within a sericite – chlorite – dolomite altered zone measuring 22 meters thick from 476 meters to 498 meters. The alteration and veining contains pyrite, arsenopyrite, and pyrrhotite. The assay results show weakly anomalous gold values. Oriented drill core measurements indicate the vein dips gently at approximately 25 to 30 degrees to the west.Millrock President & CEO Gregory Beischer commented: “We had high hopes for the seven-meter thick quartz vein interval intersected in hole 20AU07 and these results are disappointing. However, it is not unusual for gold concentration to change dramatically within a few tens of meters in vein-hosted systems such as these. Drilling the intersected vein in nearby locations could result in the gold discovery we seek.”Figure 1. Aurora, Echo, and Reflection Prospects – West Pogo Block, 64North Project Alaska. These prospects are currently the focus. A photo accompanying this announcement is available at https://www.globenewswire.com/NewsRoom/AttachmentNg/c05ea55d-49ee-435a-a07b-e5b35797fd85 Exploration at 64North is being done in a collaborative manner with technical teams from Millrock and earn-in funding partner Resolution Minerals Limited (ASX: RML, “Resolution”). Resolution has indicated a desire to drill two further holes from the same pad as hole 20AU07 at different azimuths. Plans are being made to execute this drilling in November, pending contractor availability. The holes will provide additional pierce points on the vein intersection made with hole 20AU07. The photographs in Figures 1, 2, and 3 show the quartz vein intersected with hole 20AU07.Figure 2. Hole (20AU07) Quartz vein with fuchsite and sulphides – arsenopyrite, pyrite, pyrrhotite. A photo accompanying this announcement is available at https://www.globenewswire.com/NewsRoom/AttachmentNg/ff1c9b5e-e07a-4dd3-a5c3-95359ec054f7 Figure 3. Hole #7 (20AU07), 485.65m to 489.85m, quartz and sulphide veins cross-cutting the paragneiss host rock. A photo accompanying this announcement is available at https://www.globenewswire.com/NewsRoom/AttachmentNg/9d610dba-3773-447b-bc12-3e22fc14e750 Figure 4. Hole #7 (20AU07), 488.69m to 488.93m, quartz vein with fuchsite, arsenopyrite, pyrite and pyrrhotite. A photo accompanying this announcement is available at https://www.globenewswire.com/NewsRoom/AttachmentNg/9387d8aa-bf3a-44f0-968d-6b392b8c0bd7Resolution can earn up to a 60% interest in the 64North Gold Project through exploration expenditures of US$20 million, payment of US$200,000 cash, and issuance of 38 million Resolution shares. The minimum commitment for 2020 is US$5.0 million and Resolution will vest with a 30% ownership upon expending this amount. Other details of the agreement between Millrock and Resolution are documented in Millrock’s announcement made on December 16, 2019. Quality Control and Quality Assurance
Millrock adheres to stringent Quality Assurance – Quality Control (“QA/QC”) standards. Drill core was cut on-site at camp located near the drill hole and selective samples of mineralized zones collected. Drill core samples were kept in a secure location at all times. For the results presented here, the representative half-core samples underwent sample preparation at the Bureau Veritas laboratory in Fairbanks, Alaska, (preparation method code PRP70-250) using 70% to <2 mm Crush and Pulverize 85% to <75 um. Appropriate high, medium and low gold and base metal standards were used by Millrock on a 1:20 basis (5%). Blanks were inserted on a 1:50 basis (2%). The Bureau Veritas laboratory introduces QAQC samples and completes duplicate check assays on a routine basis. Following preparation in Fairbanks the samples were subsequently analysed at the Bureau Veritas laboratory in Reno, Nevada.  Gold was analysed by Fire Assay (code FA430/AA) with an AAS finish using a 30-gram nominal sample weight. No multi-element analysis was completed on the samples. Inspection of QAQC information indicates that all sample results are within tolerance.Qualified Person
The scientific and technical information disclosed within this document has been prepared, reviewed and approved by Gregory A. Beischer, President, CEO and a director of Millrock Resources. Mr. Beischer is a qualified person as defined in NI 43-101.

About Millrock Resources Inc.
Millrock Resources Inc. is a premier project generator to the mining industry. Millrock identifies, packages, and operates large-scale projects for joint venture, thereby exposing its shareholders to the benefits of mineral discovery without the usual financial risk taken on by most exploration companies. The company is recognized as the premier generative explorer in Alaska, holds royalty interests in British Columbia, Canada and Sonora State, Mexico and is a significant shareholder of junior explorer ArcWest Exploration Inc. and has a shareholding in Resolution Minerals Limited. Funding for drilling at Millrock’s exploration projects is primarily provided by its joint venture partners. Business partners of Millrock have included some of the leading names in the mining industry: EMX Royalty, Centerra Gold, First Quantum, Teck, Kinross, Vale, Inmet, and Altius as well as junior explorers Resolution, Riverside, and PolarX.ON BEHALF OF THE BOARD
“Gregory Beischer”
Gregory Beischer, President & CEOFOR FURTHER INFORMATION, PLEASE CONTACT:
Melanee Henderson, Investor Relations
(604) 638-3164
(877) 217-8978 (toll-free)Some statements in this news release may contain forward-looking information (within the meaning of Canadian securities legislation) including without limitation the intention to drill two further holes from the 20AU007 pad, or to conduct drilling operation year round. These statements address future events and conditions and, as such, involve known and unknown risks, uncertainties and other factors which may cause the actual results, performance or achievements to be materially different from any future results, performance or achievements expressed or implied by the statements. 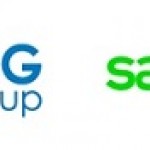 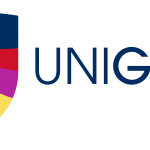