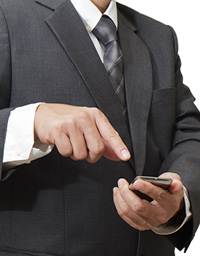 When federal Finance Minister Jim Flaherty announced plans to phase the penny out of circulation there was immediate speculation as to how pricing would be affected on everyday goods and services, especially in light of our tax system where provinces and territories are either hit with a five per cent federal Goods and Services Tax (GST) or a blended Harmonized Sales Tax (HST), the latter of which is a system currently adopted and preferred by five provinces. The HST model is used in Ontario, British Columbia, Nova Scotia, New Brunswick and Newfoundland and Labrador. The tax is collected federally by Revenue Canada and then distributed to the provinces accordingly. The HST can differ, depending on a province’s individual provincial sales tax rate.

Not long after making the official announcement during the budget, Flaherty noted that the beleaguered penny’s time has come and gone, some 104 years after its initial production run in 1908.

“The penny is a currency without any currency in Canada,” he stated.

The move is not without international precedent. New Zealand discarded its one-cent coin in the early 1980s, deeming it a nuisance. Several other countries have done the same. Three years ago the Kiwis upped the ante by knocking the five-cent coin to the sidelines. In the United Kingdom, the iconic half pence (or half penny) was ended during Margaret Thatcher’s time as prime minister.

While there is no doubt a small sector of the population that may have a soft spot for the one-cent piece, it’s a source of annoyance for most Canadians. From a purely fiscal point of view, there’s no rational reason for its continuance. Valued at one cent, it costs the mint 1.6 cents to produce it, so it stands to reason a substantial loss can be recorded in short order. Dumping the penny is expected to save about $11 million annually. It’s estimated there are about 30 billion pennies in circulation. It would be interesting to know how many of them could be found under car seats, inside money jars, laying on sidewalks or sitting at the bottom of a water fountain, which brings to mind the question whether those are actually wishing wells or merely pristine water garbage disposal where people can discard their unwanted nuisance change that fills their pockets will holding very little value. Maybe that’s the wish – to be able to rid oneself of a pocketful of pennies.

The first and most obvious conclusion on news of the penny’s demise was that everything would be rounded up to the nearest five-cent increment, but imagine the outcry if that were to happen. A more palatable solution needed to be implemented.

Now the Royal Canadian Mint is examining at options to keep the tiny denomination going, at least in a virtual sense, via digital technology. It’s known as the MintChip project and, if able to meet expectations, would create a new methodology for money exchange when dealing in denominations of $10 or less.

The Mint is hopeful of seeing the development of micro-transactions in the future, whether it’s sending money to someone or purchasing items either in person or online. One of the touted primary benefits of distributing money through MintChip would allegedly result in lower fees than current payment options such as credit cards or financial banking transfers. The ability to buy and sell in a virtual digital world could allow the penny to remain relevant, at least in theory if not in a tangible sense.

This elaborate – albeit plausible and sensible – plan from the Royal Canadian Mint will certainly provide a technological challenge for top software designers tasked with making their ideas come to fruition. Five hundred spots were made available in the contest to design the best digital monetary plan. Each of those 500 openings was quickly filled by software developers looking to have their design be the one ultimately chosen by the government through a panel of judges.

There are extremely interesting prizes for the best proven ideas as well. The grand prize for the best application software to run the system is 10 ounces of gold, which is valued at about $17,000 based on the current approximate valuation of gold bullion. Some of the top ideas are expected to be revealed in mid-August with final winners announced in late September.

Moving Canada into the Digital Age

The MintChip project followed the release of a report called Moving Canada into the Digital Age that states our national economy could potentially see a two per cent gain in productivity if we were to modernize the way we distribute payments across the board.

There’s no doubt that with technology evolving at the speed of light, a number of high-tech changes are on the way, and it’s going to be sooner than later. In fact, there are those who argue Canada is lagging far behind other nations when it comes to embracing change, despite the fact this nation is one of the richest and most advanced in the world. So that begs the question: why are we lagging behind? While not taking a direct hit, it’s clear the report believes part of the blame must be focused on the banks that see no benefit in opening up this market to new innovate competitors who could well hold a key advantage from a technological sense.

The following is a direct quote from the report:

“Technology has radically changed consumers’ behaviours and expectations. We are early adopters of smartphones and tablets, and we are among the world’s heaviest users of the Internet and online banking and shopping. Why, then, are mobile payments largely absent in Canada?”

The primary concept of The Royal Canadian Mint MintChip Challenge is to encourage innovative design from software engineers to come up with ideas and to participate with the ultimate goal of creating the most creative, innovative and practical digital payment applications using MintChip, which is a research and development phase technology available only to official challenge participants. The public is also encouraged to share ideas on how a new-age digital currency can become the future of monetary transactions.

Deadlines for submissions will be Wednesday, August 1, 2012 at 5 pm ET. Prize values are subject to change, based on where gold is trading on the international markets at the conclusion of the challenge.