For the six months ended 30 June 2017 (the “Reporting Period”), the Group’s unaudited revenue was HK$1,559 million, representing a growth of 5% compared to the six months ended 30 June 2016 (the “Last Corresponding Period”). Excluding the increase in fair value of our investment properties of HK$416 million and the one-off net gain on disposal of a subsidiary with a property in Central of HK$32 million, unaudited basic underlying profit attributable to shareholders surged significantly by 27% to approximately HK$333 million. The basic underlying earnings per share were HK$0.57, an increase of 27% compared to the last corresponding period.

Hotels and Serviced Apartments Business
During the reporting period, revenue from hotels and serviced apartments of the Group increased by 2% to HK$307 million, compared to corresponding period of last year. EBITDA (earnings before interest, taxes, depreciation and amortisation) amounted to HK$109 million, representing an increase of approximately 18%.

Benefiting from the rise in overnight visitor arrivals to Hong Kong, the occupancy rate of both The Mira Hong Kong and Mira Moon rose in the first half of 2017, which was similar to that among high-end hotels. The management of hotel segment relentlessly has been optimizing the operation of various departments, enhancing operational efficiency and maintaining competitiveness.

Through years of planning, the Group has finally completed the hardware and software optimization and strategic integration for the four core properties, namely Miramar Shopping Centre, Mira Mall, Miramar Tower and The Mira Hong Kong. Since 2 June 2017, these properties have been named as Mira Place, a golden shopping and recreational area landmark of 1.2 million square feet at the core of Tsim Sha Tsui.

Food and Beverage Business
Our food and beverage business recorded a revenue of HK$195 million and EBITDA of approximately HK$7 million respectively due to keen competition and high rentals inflicting our Korean Food chain stores. Our Chinese restaurants such as Cuisine Cuisine and Tsui Hang Village have achieved satisfactory performance and continued to contribute a stable income to the Group during the reporting period.

Travel Business
Revenue from travel segment increased by 18% to HK$636 million and EBITDA has doubled to HK$12 million, compared to the corresponding period of last year.

Business Outlook
Regarding the results in the first half of 2017 and the business outlook of the Group, Mr. Lee Ka Shing, Miramar Group’s Chairman and CEO, said, “The Group’s financial position remained sound and the overall performance of the core business remained satisfactory. The outlook for of the Group’s performance the second half of 2017 will grow steadily. Management will continue to enhance asset value and the quality of service, increase revenue and increase cost effectiveness.

Marking the 60th anniversary of the Group this year, we are determined in delivering continuous service excellence to customers. Management will continue to furnish better returns to shareholders and stakeholders with resolution.

About Miramar Hotel and Investment Company, Limited
Established in Hong Kong in 1957, Miramar Hotel and Investment Company, Limited (Miramar Group) is a group with a diversified service-oriented business portfolio comprising stylish hotels and serviced apartments, property rental, food and beverage, and travel services in Hong Kong and Mainland China. Miramar Group has been listed on the Hong Kong Stock Exchange since 1970 (HKSE: 71) and is a member of Henderson Land Group. 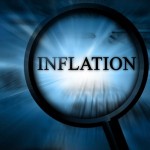