Miway – A new level of service for Mississauga Transit 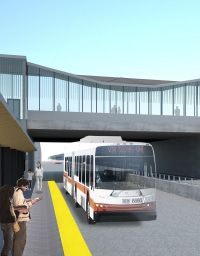 Mississauga’s motto is “leading today, for tomorrow”, and the city is certainly doing just that through their newly branded public transportation system.

Developments to the transit system include new routes, a new identity (MiWay) and “most importantly, a renewed effort to deliver excellent customer service,” says the website. Design firm Gottschalk & Ash International was awarded the contract to develop the critical marketing strategy Mississauga Transit needed for their new identity. The company’s Stephen Candib said that initially the strategy began as a concept for just the Bus Rapid Transit system, but ended up as a collaborative partnership to commence a full re-branding strategy for Mississauga Transit. “We spent a year conducting stakeholder engagement activities to get buy-in from everyone,” he explained. More mature cities have their own transit brands, and so Mississauga followed suit and has introduced MiWay—the branding across all transit initiatives and includes the transit system’s visual identity. “It was a highly exhaustive and collaborative process,” Candib adds.
Residents of Mississauga have plenty to look forward to from this newly branded system in the coming years, as Mississauga Transit sees record amounts of development to existing services which will ultimately serve the community better.

Geoff Wright, Director, Transportation Projects at City of Mississauga says that the city is looking to offer faster, better service options along the current and new routes. The city’s transportation team is responsible for three main deliverables including rapid transit infrastructure, the city’s Light Rail Transit Project (LRT) and municipal parking. Behind these initiatives is the strategy to help reduce residents’ dependence on automobiles. “A lot of development in Mississauga has been very auto focused,” Wright says. “Land was planned for the city a long time ago, so now, if there’s a road route built it quickly fills up with cars. We really need to provide alternative transportation,” he continues.

What’s the key to getting those choice riders? Ask one, and they’ll say, generally it’s having a viable, speedy alternative to cars. “We’ve looked at our ridership,” says Wright, “and our main driver is the focus on the choice rider who is not dependent on the ride.”

“We have lots of captive riders who have no choice, so we want to keep them happy but try to grow transit and get people out of their cars.” “Speed,” he adds, “is a big factor to getting those choice riders—it allows us to compete directly with automobile.”

Customers in Mississauga are able to choose from various types of service: MiExpress for express travel on blue buses and MiLocal for local travel on orange buses. According to city updates, when the BRT (bus rapid transit) corridor is operational in 2013, more express service is planned to “reduce passenger travel times and improve schedule reliability, since trips on Mississauga’s BRT corridor are less likely to be affected by traffic congestion.” Getting people out of their cars and into rapid transit is critical to making the city more efficient.

The Rapid Transit System entails constructing a road where only buses can go and that is separate from all traffic devices. It will function very quickly
and efficiently, and construction is moving forward as the city has awarded contracts for construction. Wright says that the project is on time and on budget, and the system should open as scheduled in 2013. Although there have been “escalating cost pressures,” the city has made strategic cost-saving opportunities and have “managed to contain the project budget.”

The cost benefits of these new systems are apparent. As new families move into the GTA, they may try to adapt to sometimes far route times by purchasing a car. However, as most Canadians know, getting into a big city means higher prices for automobiles, parking, and facilities to service them. Clearly—there is a huge advantage to becoming a transit rider. “These are options for those who choose car ownership but then arrive in Mississauga and find that there are significant cost pressures,” Wright explains. The city has taken the steps to build a solid system with transit partners, to ultimately take better care of riders.

The city has partnered with neighbouring transit operators, land owners, and industry to build new transit routes that will operate express and local options. These partnerships are extensive just like the routes they provide—with systems linking Pearson Airport to the Kipling station of the TTC. Wright says the city is also working with the Eglinton crosstown LRT project in order to create more gateways to Toronto.

Thus far, challenges have been met and overcome efficiently for the city’s transit team. Public feedback about the new operating route has been good, and design constraints due to municipal utilities have been tackled.

The benefits for the rider? Unparalleled. Currently, the route from Mississauga’s city centre to the TTC is an average 37 minutes. Once the new BRT is in operation, that route will be reduced to taking only 22 minutes. The difference is tangible. “Riders will have a sense of reliability in the bus service—it will be on time,” Wright insists.

Not to mention that the transit upgrades will provide 2,600 jobs or more, providing numerous positions for people in construction, engineering, etc.
Speaking to the new branding, Wright explains, “MiWay is the new Mississauga Transit.”

“These developments are responding to the city’s strategic direction to make transit the pillars for community development. People who are considering one or a second vehicle will consider MiWay as a viable alternative with a high level of service.”

There is no doubt: the city’s new transit network will continue to expand the city even more, bringing a new level of community to Mississauga. 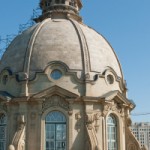