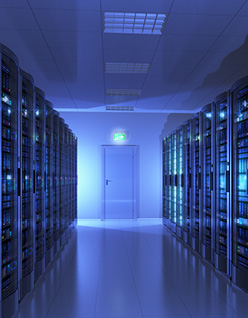 IT Services From Start to Finish

The story of Mobia Technology Innovations’ transition from a small Halifax-based IT firm to a national industry contender can be summed up in a single word: Evolution. Mobia’s ability to adapt not only to new technological innovations, but also market trends, has propelled it forward as a leader in the IT support and services arena.

Now, as innovations again evolve and cloud technologies grow more prominent, Mobia must take the next step of its corporate journey. Yet as President and CEO Rob Lane explains, “Mobia is up for the challenge!”

In 1985, Rob Lane’s brother, Steve Lane, founded Arcom Telecom Limited, a small, home-based IT business. Here, he utilized his past experience in the electronics distribution business to establish a company focused on providing manufacturers in Atlantic Canada with electronic components. Arcom quickly gained a reputation in the local marketplace as a trusted partner supported the manufacturing industry.

“I joined the business shortly after completing my education,” Rob Lane explains in a October 2014 Canadian Business Journal interview. “I was 25 at the time. Steve is about 16 years my senior. While he was in the midpoint of his career, I was just starting out.”

The brothers soon realized that, in order to stay competitive, they would need to change the direction of the business. Throughout the early 1990s, Arcom transitioned out of electronic manufacturing component distribution and into the telecommunications sector. By 1993, Arcom signed its first major contract with ADC Telecom to sell telecom equipment to operators in Atlantic Canada.

Up until the early 2000s, Arcom experienced what can be defined as ‘slow, sustainable growth’. At this point, two major changes occurred. Steve Lane chose to retire, leaving the company to Rob, his two nephews, and his niece. This ownership change subsequently led to the decision to enter into a new line of business. The four new leaders established Pillar Telecommunications Limited, a telecom equipment instillation company based out our Dartmouth, Nova Scotia.

“This was the beginnings of our service sector,” notes Lane. “It was never a radical change; instead, it was constant forward progress.”

From 2003 onward, both Arcom and Pilar experienced tremendous growth. When the companies’ client Bell Aliant, launched its IPTV service, it tasked Arcom/Pillar with the project management, design, and instillation of DSL service to all broadband customers in Atlantic Canada. Both Arcom and Pillar soon decided it was time to expand. In 2006, the companies entered Western Canada under a contract with Telus to launch its IPTV service.

Three years later, the company underwent another major step in its development.
“We re-established the company vision,” Lane explains. “Before, we were offering services through two independent streams [Pillar and Arcom]. Yet I really had a vision that we could add much more value for our clients if we could develop relationships with our clients and develop a complete solution for them.”

Pillar and Arcom, although still legally separate entities, began working in closer conjunction. In 2009, the ARCOM landed their first project: to refresh existing and install newly designed wired and wireless networks at the Royal Ontario Hospital in Barrie, Ontario. This complex, $13 million project became the first of a long line of future success stories. It also laid the foundation for the companies’ future IT department.

Shortly following the Barrie project, the companies’ won a contract to design and install a wired and wireless solution at the Centre for Addiction and Mental Health (CAMH) in Toronto, Ontario. Both the Royal Ontario Hospital and CAMH projects were completed in 2012.

The final stage of the company’s evolution came in late 2012, when Rob Lane bought ought the remaining shareholders and became sole owner of the company. At this point, Lane decided to unify Pillar and Arcom as a singular company: Mobia Technology Innovations.

As Lane explains, “Consolidating allowed us to truly offer a 360 approach to IT solutions. We can carry a project from start to finish. Not only can we prepare our clients for changes in their IT operations and install solutions; we can offer post-instillation support and build long-term relationships with customers.”

Today, Mobia Technology Innovations is one of the leading companies in telecommunications solutions and services. With offices throughout both Eastern and Western Canada, Mobia is well situated for continual positive growth.

Mobia’s services are divided into three team segments: (1) Technical Services, those who assist clients in their transition to new technological solutions; (2) Information Technology, the technicians who design and implement these solutions; and (3) Professional Services, those who assist clients in utilizing and enhancing their solutions post-implementation.

“In all of our divisions, it’s the people who really what make all the difference,” says Lane. “The way we engage with our clients and the sincere interest in the solution outcomes is our greatest differentiator. I’ve loved seeing the business, and those within it, evolve and grow. That’s what’s truly exciting about this company.”

Michael Reeves, Vice President of Sales adds, “The culture is the reason I came here. Everything is done in order to build a relationship with the customer. They look to us as trusted advisors for their IT solutions.”

In order to offer the very best services to its customers, Mobia has surrounded itself with an ecosystem of partnerships, notably those with Brocade, Meru, and Hewlett-Packard.

“We recognize the depth of knowledge dispersed in so many different areas in our industry – networks, infrastructure, security – it’s daunting to look at from a big picture perspective. There’s multiple moving parts,” says Lane. “You need to build effective relationships with partners to make it all happen.”

“We know we can’t do everything. By partnering with experts in smaller areas, we can provide the very best solutions for our clients.”

In one instance, a partnership led to a major development for the future of Mobia. Lane recognized the growing demand for cloud technology solutions. In order to stay ahead in the industry, he knew he would need a leader to propel his sales team forward. In April 2014, previous HP partner Michael Reeves joined Mobia as Vice President of Sales.

“I’m here to bring [Mobia] to the next phase of IT evolution. My challenge is to ensure we’re developing our sales team’s understanding of the capabilities of cloud computing and help them effectively communicate its benefits to customers. On the flipside of that, I’m also developing the technical team to better understand how to help customers find the best solution for their business that will enable them to leverage cloud platforms.”

“We’re going to build more of a presence in the market and bring sales into new regions”
Mobia’s current focus is on intensifying its sales and expanding within Alberta. Once established in the West, the company intends to begin regular operations in the Greater Toronto Area.

Reeves concludes, “There’s companies who talk about cloud technology, and there are those who can truly execute on it. Mobia is one of those few companies who can really take a project from start to finish.”

MOBIA’s focus over the next few years revolves around helping their customers take advantage of mobile and cloud computing; whether the customer is looking to build their own cloud or avail of the variety of hybrid, managed and public cloud solutions offered in the market. 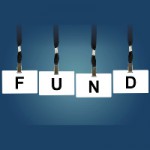 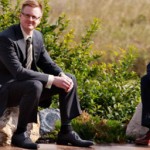