SASKATOON, Saskatchewan, July 29, 2020 (GLOBE NEWSWIRE) — Saskatoon residents will soon be seeing mobile signs around the city noting the locations where impaired drivers were apprehended following 911 calls from the public, as part of a new awareness initiative by MADD Saskatoon, Saskatoon Police and Saskatchewan Government Insurance (SGI).
The signs, which state “Impaired Driver Caught Here,” remind the public about the important role they can play in helping police get impaired drivers off the roads, and reinforce the message that police want them to call 911 if they see drivers they suspect are impaired by alcohol and/or drugs.The Honourable Joe Hargrave, Minister Responsible for SGI, and Saskatoon Police Chief Troy Cooper joined MADD Saskatoon representatives today to unveil the new mobile signs.“We have started to see a behaviour shift around impaired driving but we need it to continue,” said Minister Hargrave. “Any 911 calls from the public through Saskatchewan’s RID program are another way to help police get impaired drivers off of our roads and contribute to changing the culture of impaired driving in Saskatchewan.”In partnership with police and SGI, MADD Saskatoon will place these mobile signs at locations where police pulled over and criminally charged impaired drivers, thanks in part to RID 911 calls from the public. The mobile signs will be moved to new locations every other week based on new impaired driving charges. They are already being placed throughout Estevan and Regina, with plans to expand to other communities throughout the province.“Calling 911 if you see someone you suspect is driving impaired can potentially save a life or prevent someone from being injured in an impaired driving crash,” said MADD Saskatoon Chapter President Bonny Stevenson. “These new signs remind the public that they can make a positive difference in our community by calling 911.”“Our service is committed to creating a safer community, but we can’t be everywhere, all the time,” said Chief Cooper. “Saskatchewan’s RID program, highlighted by the new mobile signs, is an excellent example of how the public can assist in alerting us to criminal behaviour.”The Mobile RID 911 signs have been placed at the below locations: 4th Ave North & 25th St East
20th St West & Ave F South
Berini Drive & Attridge Drive
Kingsmere Boulevard & Wollaston Crescent
Broadway Avenue & 8th Street East
100 block of Kloppenburg Crescent
McOrmond Drive & Central Avenue
Highway 11 & Vic Boulevard
Circle Drive South & Valley Road
200 block Barber Crescent
38th Street East & 1st Avenue North
Avenue C South & 19th Street WestHundreds of Canadians are killed and thousands are injured every year in crashes involving alcohol, cannabis and/or other drugs.“My son Quinn was 17 years old when he was killed by an impaired driver on August 3rd, 2013 after being struck by a vehicle on College Drive” says Mrs. Stevenson “Impaired driving can happen anywhere and these signs will show the public how close to their home, work or school that an impaired driver was stopped.” She also hopes the signs send a strong deterrence message to anyone who would ignore the law and take the risk of driving impaired.MADD Saskatoon, Saskatoon Police and SGI encourage the public to:Never drive impaired. Plan ahead for a sober ride home – book an Uber, call a cab or designated driving service, take public transit or arrange a designated driver.Never accept a ride from a driver who may be impaired.Call 911 if you see a driver you suspect is impaired.
About MADD Canada
MADD Canada (Mothers Against Drunk Driving) is a national, charitable organization that is committed to stopping impaired driving and supporting the victims of this violent crime. With volunteer-driven groups in more than 100 communities across Canada, MADD Canada aims to offer support services to victims, heighten awareness of the dangers of impaired driving and save lives and prevent injuries on our roads. To learn more, visit www.madd.ca.For more information: MADD Saskatoon Chapter – Bonny Stevenson at 306-290-8278 (cell) or SGI – Jennifer Sully, 306-531-8706 (cell) or 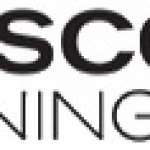