KINGSTON, Ontario, Feb. 27, 2020 (GLOBE NEWSWIRE) — Today Modern Métis Woman announces that their 2019-2020 scholarship recipient is Brittany Schroeder. Unfortunately Canadian Tire (CTC-A.TO) is preventing the issuing of Modern Métis Woman’s 2019-2020 scholarships to Aboriginal Women attending post-secondary school. Modern Métis Woman wants to extend its sincere condolences to Ms. Schroeder for not being able to help her in her Post-Secondary education with its private funds due to Canadian Tires’ unjust actions.
Canadian Tire Blocks ScholarshipsCanadian Tire through a lawsuit, that Modern Métis Woman is not involved in, has frozen the accounts of Modern Métis Woman Inc. Canadian Tire has been contacted by 2 different law firms stating Modern Métis Woman is a registered charity with Revenue Canada with no funds from them. Canadian Tire, over the last 6 months has obtained a court order and all of the banking information from Modern Métis Woman to corroborate these facts but refuse to release the Injunction without concessions from Modern Métis Woman. Modern Métis Woman is trying to make post-secondary education more accessible for full-time students from across the country who are of Métis heritage and self-identify as a *Woman. Ms. Schroeder is in her 2nd year of her degree to become a Doctor of Medicine. Ms. Schroeder is proud member of Métis Nation British Columbia (MNBC), the Vernon & District Métis Association (VDMA), and the University of Alberta’s Indigenous Medical and Dental Students’ Association (IMDSA), which she helped establish.  Read the winner’s application at http://modernmetiswoman.com/scholarship-winners/Jane Shaw, Vice President Communications, of Canadian Tire stated, “With respect to your proposed press release, it contains numerous false and defamatory statements, and we object to you issuing it. We take the allegations that you have made very seriously and will respond accordingly should you move forward with distributing the press release.”Métis have endured historical hardships and systemic racism; this is a reminder from Corporate Canada specifically Canadian Tire Corporation Limited it’s here to stay. Through a lack of Aboriginal Education, colonial powers like Canadian Tire Corporation Limited often misrepresent Aboriginal Women’s importance.The Scholarship
Modern Métis Woman is a private, non-profit, micro-financed organization that lends itself to furthering Métis women’s education. Carleigh Milburn, the founder of Modern Métis Woman, has contributed grants to show her love and passion for women’s education. Through Carleigh Milburn’s financial contribution, Modern Métis Woman has been provided with ongoing Canadian undergraduate scholarships. Apply for the scholarship here: http://modernmetiswoman.com/scholarships/*When Modern Métis Woman refers to a woman they are speaking to anyone who self-identifies as a woman. Therefore, gender being socially constructed, anyone who Modern Métis Woman represents will be considered as a self-identifying Aboriginal Women. Modern Metis Woman focuses on the consideration of gender rather than sex. Biological preconceived sex, male or female, is no longer tolerated. Anyone who identities as a woman will be accepted by Modern Métis Woman and represented. Anyone who is LGBT+ that considers themselves two-spirited, will also be welcome and included. To ensure inclusion, discussions will be developed to propagate a positive environment so that each person feels comfortable.Contact
Carleigh Milburn
Founder of Modern Métis Woman
1 Mack Street, Unit 4 Kingston ON, Canada K7l 1N7
carleigh@modernmetiswoman.com
(289) 686-4884
CBJ Newsmakers 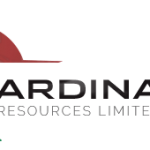 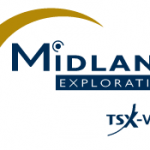