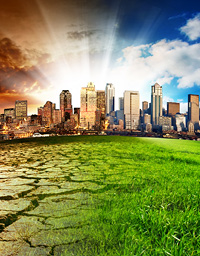 Last month I rented the film Moneyball starring Brad Pitt, Jonah Hill and Philip Seymour Hoffman. It’s based on a book called Moneyball: The Art of Winning an Unfair Game by Michael Lewis. The concept of Moneyball is that the collected wisdom of insiders is often a specifically constructed form of reality that is subjective and therefore flawed, and that a more robust view of information needs to be taken into account, coupled with more objective questions that depart from unanimous traditional lines of information gathering.

As the world starts to genuinely deal with the ramifications of a changing climate and solutions around adaptation, reversal of climate change and the reduction our negative impacts on the environment and the sustainability of our economy, I could not help but ask the question: Could the broader Moneyball concept be leveraged to assess innovation farm teams to help with the above challenges?

According to Edward Davey, UK Secretary of State for Energy and Climate Change, “A more unstable climate, with rising temperatures and more frequent and intense weather events, could affect the most fundamental aspects of our shared security: Food, water and trade.”

Davey made that statement in May of this year just before the world’s largest exporter of corn started to experience its worse drought in some years. About 63 per cent of the U.S. was experiencing moderate to extreme drought and that has left 50 per cent of the corn crop in poor or very poor condition. Corn is one of the cornerstones of our time. About 35 per cent is used to feed cows, pigs, chickens and even fish. At the same time the largest body of fresh water in the world the Ogallala Aquifer a massive underwater lake, which is one of the single largest sources of water for crops in the U.S. is being drained at a rate that could see it gone between 10 to 60 years depending on depletion rates.

“Around the world, governments- and militaries- are planning for climate instability. From flood defenses to foreign aid, climate security is part of the policy discussion,” Davey continued.

Last month a study funded by The Koch Brothers and lead by a renowned climate change skeptic UC-Berkeley professor Ricahrd Muller announced that after intensive research they have come to the conclusion that climate change is here and it is almost all caused by human activity. Much of this human activity is a direct result of the harnessing of cheap energy to power our civilization, from transportation to consumer products to fertilizer to medicine. It is a complex interconnection that is staggering to comprehend. Food, water and energy are the cornerstone of modern civilization and major global disruption to all three in concert could be devastating.

Incremental Progress in the Age of Disruption

Many of the ideas being leveraged to mitigate climate change and create more sustainable economies are actually incremental improvements to technologies and business models that have been based on the collective wisdom of the particular academia, sectors and fields of business from which they derived.

Incremental improvements provide significant amounts of stability in models allowing us to build large organizational structures that self propagate, which in turn allows us to make bets on the future in the form of investment. This approach made lots of sense when we did not have the ability to gather massive amounts of information around targeted societal phenomenon and business ecosystems. In the age of information, however, we are just starting to understand that this position leaves us extremely vulnerable. The introduction of novel business models and disruptive innovations to the systems can have significant impact on that system and interrelated systems both negatively and positively. In many cases that impact is happening faster and faster.

As many companies and countries start big internal data mining projects to help seek out opportunities, it will now become imperative to also start looking at external data mining as a source of impactful discoveries that could change realities and current assumptions. There is now an agreed upon prediction by many that understanding emerging technological and business model innovations from around the globe in context of articulated challenges will be of high importance for companies, regions and countries.

The idea of looking at different pieces of information from outsider perspectives around focused missions will be required if we are to adequately meet the global challenges ahead. Developing Moneyball-like processes and models to deal with innovation farm teams and their potential value will help to define the 21st century.

Companies need to have an understanding of the innovation ecosystems around them. Not just the short-term incremental innovations but also the longer term disruptive ones that can change their industries in radical ways. Think of the computer company that entered the music and telecommunications industries. These disruptions will come not just from inside their industry but increasingly from outside of specific industries. As I observe a little search engine company you might have heard of called Google, develop a Knight Rider KITT-like self-driving car, I can’t help but wonder if the disruptive innovations to deal with food, energy and water are outside of the view of the insiders and will come from an area and industry that is completely out of left field.