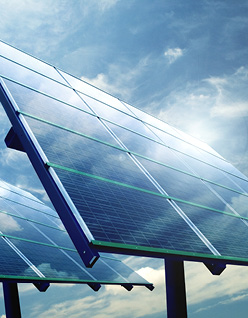 The power of green

If you feel as though you’ve heard a lot about Ontario’s Feed-in-Tariff (FIT) program, but are unsure as to exactly where things stand and where they’re headed, you’re not alone.

The program, introduced in 2009 as part of Ontario’s move towards a cleaner energy mix, is currently undergoing a scheduled pricing review. Although planned, the review has many participants in a holding pattern watching the industry dynamics evolve. Among them: Falling component costs; public misperception about the program’s impact to ratepayers; and the natural weeding out of many participants.

Moose Power, a Toronto-based rooftop solar developer, seems to be charging ahead.

With eight rooftop solar projects – totaling close over 3.5 megawatts – connected to the grid, and fifty more projects in its pipeline, Moose Power has quietly become the embodiment of what many envisioned at the FIT program’s outset.

Moose Power’s developments make up about 10 per cent of the commercial rooftop projects connected during the first two years of the program, a track record that has in turn attracted more building owners looking for completion solutions.

Indeed, Andrew Knapp, Moose Power’s Managing Director, attributes the success to a collaborative and client-centric approach to the market.

“We’ve really focused on establishing an all-star network of partners who share our commitment to getting our clients projects built,” says Knapp.

McLaughlin Warehousing, based in Tillsonburg was one of Moose Power’s early clients. With a large portfolio of buildings suitable for solar, and a keen eye for revenue producing projects, Paul McLaughlin took a pragmatic approach to choosing a development partner.  He chose three solar companies which had impressed him and gave them each a few sites to work with.

When it came time to submit applications for his second tranche of buildings his decision was easier.  “Moose Power has exceeded our expectations and proven to be an honest and reliable developer” he says. “We’ve had a great working relationship, and when we decided to move forward with solar on our new buildings, Moose Power was the obvious choice”.

From Moose Power’s standpoint, the relationship was a big win. The funding commitments provided by Nautilus mean that Moose Power has guaranteed financing to advance projects, something not readily available to all developers.   “Having Nautilus as a partner has allowed us to move forward in a very clear and deliberate way,” says Knapp. Nautilus and Moose Power have recently completed a financing agreement for the second 10MW tranche of rooftop projects.

No less important is the relationship that they’ve developed with Advanced Green Technologies. AGT Solar is a wholly owned subsidiary of Advance Roofing, one of the largest roofing contractors in North America and focuses on providing design, engineering and construction services in the Ontario solar market. Knapp credits AGT’s collaborative approach for success on sites that might otherwise have failed.   “Together, we’ve found a way to get solar onto pretty much every structure we’ve come across.”

Moose Power’s client relationships have played a role in its success. Upon visiting www.moosepower.com, one is greeted by a client testimonial featuring McLaughlin and a two-minute video case study documenting an installation from start to finish with aerial photography of the installation and a dashboard showing the power that it’s feeding into the grid in real-time.

Indeed, client references and partner referrals continue to play an important role in Moose Power’s business development, crucial at a time when the future of government programs is anything but certain.

The two year FIT Program review has been completed and a revised set of rules will ensure the continued success of the Program. FIT 2.0 rates reflect lower development costs due in large part to the falling price of solar panels, and strategic areas have been identified that stand to benefit from the FIT program including job creation, community and Aboriginal participation and municipal engagement.

Those still in the game face new rules created to prioritize the offering of FIT contracts. Moose Power is committed and well positioned to turn every possible contract into a revenue-generating project we will be proud of.

In an industry that has always been saddled with skepticism, it’s nice to see a company that is making it work-and inspiring others along the way.