CBJ – Fans of the CBC-TV programme Dragons’ Den are going to find it hard to keep up with all the changing names sitting on the main stage on word that chef Vikram Vij is also flying the coop for season 10.

There already was an opening when David “The Wealthy Barber” Chilton and Arlene Dickinson announced earlier this year that they would not be returning.  One of those seats was quickly filled when Joe Mimran was added to the cast.  The two remaining vacant seats are being taken by women: Buytopia.ca co-founder Michele Romanow and 34-year-old Calgary-born distillery and brewery owner Manjit Minhas, who is in business with her younger brother.

Chilton wants to spend time on other core business matters while Dickinson will likely spend more time at Venture Communications in Calgary, where she is the CEO.

Romanow and Minhas will join fellow newcomer Mimran, Michael Wekerle and Jim Treliving, who is the only remaining original Dragon.

Dragons’ Den has survived the loss of big personalities such as Brett Wilson, Kevin O’Leary and Robert Herjavec but it’s going to be far more difficult to maintain the high ratings of the past with so many changes to the panel. Viewers typically don’t like change, so this will certainly put the entire format of the show to the test.

At 29, Romanow is the youngest Dragon in the show’s history – a clear indicator that the show’s producers want to try and attract some younger viewers. 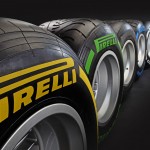 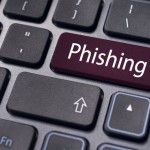