OTTAWA, June 09, 2020 (GLOBE NEWSWIRE) — 20% of Canadians who drink alcohol and have been staying at home more due to the COVID-19 pandemic say they have been drinking alcohol once a day since the beginning of May. This according to a new Nanos poll commissioned by the Canadian Centre on Substance Use and Addiction (CCSA) released today.
Among those who drink alcohol and are staying home more, almost 80% say their alcohol consumption is about the same or less than it was before the pandemic. The study also found that more than 1 in 10 women (11.7%) reported four or more drinks on the days on which they drank and more than 1 in 10 men (11.7%) reported drinking five or more drinks on the days on which they drank.“It is reassuring to see that for the majority of Canadians alcohol use has either decreased or remained stable since the onset of COVID-19,” states Dr. Catherine Paradis, senior research and policy analyst at CCSA. “However, from a gender perspective, there is concern. On average, female consumers of alcohol are reporting 2.4 alcoholic drinks per occasion — which is above the low-risk alcohol drinking guidelines — and about 12% are reporting they consume alcohol in excess when they drink. By doing so, women are putting themselves at risk for short- and long-term negative health consequences.”Significant findings from the report include:One in five (20.5%) who drink alcohol and are staying at home more report drinking alcohol more often than before the onset of the pandemic.Stress and boredom are the most frequently mentioned reasons for consuming alcohol more often in May than April.8% indicated that on at least one occasion they had not been able to stop once they started consuming alcohol.It is noteworthy that one in seven who are staying at home more and drink alcohol say that they have at least once felt guilt or remorse after drinking since the onset of COVID-19.In light of these results and those of the first Nanos poll (released in April), CCSA will continue to provide resources to reduce the potential harms associated with consuming alcohol. These include:Alcohol and the Immune System: 4 Things You Should Know (infographic)Women and Alcohol (LRDG Summary)COVID-19, Alcohol and Cannabis Use (infographic)Knowing Your Limits with Alcohol: A Practical Guide to Assessing Your DrinkingCanada’s Low-Risk Alcohol Drinking GuidelinesCanada’s Low-Risk Alcohol Drinking Guidelines QuizMethodology:Nanos conducted an RDD dual frame (land- and cell-lines) hybrid telephone and online random survey of 1,009 Canadians, 18 years of age or older, between May 26 and May 28, 2020, as part of an omnibus survey. Participants were randomly recruited by telephone using live agents and administered a survey online. The results were statistically checked and weighted by age and gender using the latest census information and the sample is geographically stratified to be representative of Canada. The margin of error for this survey is ±3.1 percentage points, 19 times out of 20.Interviews:Dr. Paradis and Nik Nanos, Chief Data Scientist, Nanos Research, are available for interviews. Media Contact:Lee Arbon, Communications Advisor, CCSA
Tel.: 613-266-5469 I Email: media@ccsa.ca
Web: ccsa.ca  I Twitter: @CCSACanada  I Facebook: @CCSA.CCDUS  I LinkedIn: CCSA 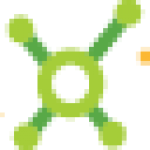 FluroTech Announces a New US Distributor 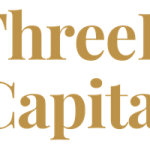