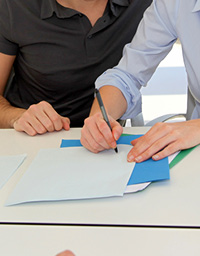 Some recent changes to the mortgage lending system made by federal Finance Minister Jim Flaherty is being touted as an effort to save Canadians thousands of dollars when it comes to the rules governing insured mortgages from coast to coast.

The announcement was made by Flaherty at a news conference in Ottawa, where he confirmed the government has decided to reduce the maximum amortization period on mortgages from 30 years down to 25.  There was a time when 25 years was the maximum but it had been raised in recent years, partly to try and stimulate more home buying.  Longer-term mortgages have been commonplace in other countries for many years, including the United States.

In Canada, the Canada Mortgage and Housing Corporation (CMHC) holds about $600 billion worth of insured mortgages.  That is considered risky exposure for the federal government should the global economic uncertainty continue and cause hardships in Canada, where it’s possible delinquencies could go on the upswing.

Also modified is the rule relating to the amount of equity homeowners will be permitted to take out of their homes in a refinancing.  The maximum amount is being reduced from 85 per cent to 80.  Furthermore, the availability of government-backed mortgages will be limited to homes with a selling price of less than $1 million.  The maximum gross debt service ratio will be fixed at 39 per cent and the maximum total debt service ratio at 44 per cent.