VANCOUVER, British Columbia, Jan. 14, 2020 (GLOBE NEWSWIRE) — Mountain Boy Minerals Ltd (“Mountain Boy” or the “Company”) (TSX.V: MTB; Frankfurt: M9UA) reports updated results on two new gold-silver discoveries on its American Creek West project, located in the Golden Triangle of British Columbia, 20 kilometres north of the deep-water port of Stewart.
Highlights:28.5 g/t gold and 1,200 g/t silver in separate rock grab samples from the newly discovered Wolfmoon Zone.
17.2% zinc and 33.6 g/t silver (previously reported and updated for over-limit re-assays) from the newly discovered Crown Ridge Zone.
Samples from the historic Chris adit and surrounding area produced copper values to 4%, defining yet another style of mineralization on the American Creek West Property.
Early Jurassic age (185 million years) determined for the recently mapped American Creek intrusion – a similar age as several large gold deposits in the region.Receding glaciers and detailed geological mapping of the newly consolidated American Creek West ground in 2019 led to the discovery of the Wolfmoon and Crown Ridge Zones.Mineralization at Wolfmoon occurs within a north-northwesterly striking structural corridor which has so far been traced for 450 metres. Wolfmoon is a very significant discovery, as it contains both high-grade gold and silver in the same zone.The Crown Ridge Zone occurs 1.4 kilometres north of Wolfmoon at a similar elevation, near the top of Bear River Ridge. Chalcedony occurs within many of the veins suggesting the zone represents the upper levels of an epithermal system.The Wolfmoon and Crown Ridge zones are located at the margins of the felsic Mount Dilworth formation. This suggests the zones are younger than the nearby Silbak-Premier deposit, however, similar in age to other large-scale deposits in the Golden Triangle including the Brucejack deposit.High grade gold, silver and base metal values in veins and structures have been identified throughout the property, which spans 8 kilometres north-south along the American Creek corridor, 6 kilometres east-west and 1.3 kilometres of vertical extent, from the American Creek valley bottom to the top of Bear ridge.An age measurement on an intrusive unit located just west of American Creek at 250 metres elevation yielded an Early Jurassic age of 185 Ma. This previously unrecognized intrusion is similar in age to the many Jurassic Intrusions that are related to several of the deposits in the Golden Triangle including the Texas Creek Intrusion which is directly related to the historic world class Silbak-Premier Mine, 11 kilometres to the southwest.The current working deposit model consists of multi-pulsed epithermal mineralization telescoping off a porphyry hydrothermal system, with the Early Jurassic intrusion identified on the property providing the magmatic heat source for circulating metal bearing fluids. The large vertical (>1.3 kilometres) and areal extent of mineralization in the area suggests the possibility of a large mineralizing system. Previous exploration examined the various mineral occurrences in isolation. This revised geological model will be useful in future exploration as it will tie the various mineral occurrences together and identify potential large-scale targets moving forward.Work is presently underway re-examining earlier results in the context of the revised geological model. The objective is to identify drill targets which will be tested in the coming field season.Select sample results from the latest batch of assays are presented in Table 1 and previously reported results with updated over limit values are presented in Table 2.Table 1 – Select Sample ResultsFigure 1: A) Sample MW19-003. B) Sample LT19-313R. C) Chris Adit, with abundant copper staining is available at: https://www.globenewswire.com/NewsRoom/AttachmentNg/e8d1f0de-48f7-4e2c-963b-311becf3cf90Table 2 – Previously reported samples with updated over limit resultsThe technical disclosure in this release has been read and approved by Andrew Wilkins, B.Sc., P.Geo., a qualified person as defined in National Instrument 43-101.On behalf of the Board of Directors:Lawrence Roulston
President & CEO
(604) 914-2142For further information, contact:   Nancy Curry
VP Corporate Development
(604) 220-2971                    Neither the TSX Venture Exchange nor its Regulation Services Provider (as that term is defined in the policies of the TSX Venture Exchange) accepts responsibility for the adequacy or accuracy of this release.
CBJ Newsmakers 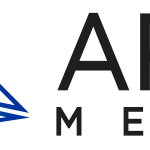 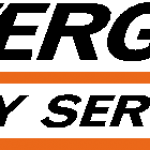