Market reaction to Donald Trump’s victory has been mixed, but one part of the world economy is unambiguoU.S.ly grumpy! In the past month, a staggering $1.7 trillion has been wiped off global bond markets, surpassing the losses during the great crash of 2009. So what does it mean for Canadian business?

After seven years, markets are accustomed to low interest rates – with a sluggish global economy and no signs of inflation, most central banks are struggling to provide support by keeping rates low. But the U.S. economy has been gaining strength. Third quarter GDP grew by a healthy 3.2%, while unemployment has fallen to 4.9%. Essentially, the U.S. economy is at full employment: wages shot up 5.2% in 2015 and are still rising at the fastest pace in years. That’s why markets were certain that the U.S. Fed would raise interest rates on Dec. 14, to cool an overheating economy.

And then something came along to shatter our expectations, a ‘yuuuge’ orange surprise named Donald Trump. The trouble is Mr. Trump’s ambitious agenda – it would take an already overheating U.S. economy and pour a bunch of gasoline on it, by adding the largest stimulus in U.S. history. This includes spending $1 trillion in infrastructure, reducing the corporate tax rate from 35% to 15%, and lowering the top rate of personal income tax from 39% to 25%. Moody’s estimates that this would require a bonanza of borrowing, more than $8 trillion over five years, sending the U.S. debt-to-GDP ratio over 100% by 2021.

Now of course we recognize that Mr. Trump is not likely to get everything he wants. Some compromise will be required for the budget to gain passage through the House and Senate. But even if they whittle his budget down significantly, investors see that the U.S. government will have to sell a massive wall of bonds next year to finance soaring deficits. That is why yields shot up so violently, the most since 2009.

All this means that the Trump deficits will raise the cost of borrowing for business and consumers, a significant drag across the U.S. economy which will offset much of the stimulus. Higher interest rates will also attract capital inflows and boost the value of the U.S. dollar while anti-NAFTA threats push down the currencies of key trading partners (Mexico’s Peso fell 11% while the CAD slipped 3%).

This means that in 2017 Canadian business will see stronger export demand from an over-stimulated U.S. economy and a weaker Loonie. Business investment will be weak because of uncertainty surrounding NAFTA. This means producing more exports with less investment, a tall order. So buckle up because 2017 will be a wild ride for Canadian business!

Hendrik Brakel is Senior Director, Economic, Financial & Tax Policy at The Canadian Chamber of Commerce. He can be reached at 613.238.4000 (284) | [email protected] 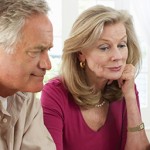 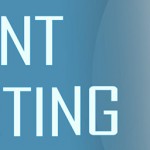