The mushroom industry in Canada is thriving. It is valued at $900 million and Canada is one of the world’s largest exporters of fresh mushrooms. However, the public knows very little about mushrooms and how they are produced.

Mushrooms Canada, a voluntary, non-profit organization, is looking to change that. Founded in 1955, Mushrooms Canada advocates food safety, good nutrition and the care and handling of fresh Canadian mushrooms. Like many associations, it was formed to research, lobby and promote mushroom growers in the country. Its members coordinate research projects on a range of topics, such as growing techniques, and environmental and labour concerns. The NGO engages in promotional campaigns to encourage the public to consume fresh mushrooms by appealing to the food’s health benefits and cooking applications.

The Canadian Business Journal spoke with Murray Good of Whitecrest Mushrooms and president of Mushrooms Canada, Executive VP Ryan Koeslag, and Anna Sung of Enviro Mushroom Farm about Canada’s mushroom industry, the labour issues that growers are facing and the nutritional and health benefits of eating mushrooms.

In Canada, mushrooms are commercially grown in every province, with the exception of Saskatchewan and Newfoundland. The most popular mushroom is the white button. Brown mushrooms, such as crimini and portabella, belong to the same species. The white and brown mushroom varieties make up 90% of the crop in Canada. Ontario produces 57% of mushroom crop, British Columbia produces 27%, the Prairies produce 12% and eastern Canada produce 4%. The total amount of mushrooms produced annually in Canada is approximately 105 million kilograms. In 2006, approximately 30 million kilograms, or more than one-quarter of the crop, were exported to the United States.

Specialty mushrooms are rapidly growing in sales. Burlington-based Enviro Mushroom Farm Inc. grows, packs and markets specialty mushrooms in the most up-to-date and environmentally controlled facility. It produces special varieties such as king oyster, enoki, hon shimejii, nameko and oyster mushrooms. Sung says that the sale of specialty mushrooms has doubled each year. “We now supply the President’s Choice brand to Loblaws and also we export to the U.S. in New York, New Jersey, and the Maryland area. About 30% of our total production is exported to the U.S.”

“American consumers love our Canadian products so I think there are a lot of great opportunities there not simply because of the dollar, but also because they love our great products,” Sung adds.

Mushrooms are grown on a pasteurized substrate containing nitrogen and carbon. The carbon comes from wheat straw, hay or in Enviro Mushroom’s case, sawdust. Mushroom farmers mix the carbon and nitrogen sources with gypsum and water, creating a nutritionally-balanced “clean dirt” for growing. During this process, the farmer ensures that pests and pathogens are destroyed by applying intense heat to the substrate. It is then pasteurized to guarantee that no bacteria or micro-organisms remain in the substrate before the farmer adds the mushroom mycelium, called spawn.

When the Conservative government introduced new rules in 2011 requiring temporary foreign workers to leave Canada after four years, it severely affected the mushroom industry. Harvesting mushrooms is not an easy task. It requires skill and training. Because mushrooms are harvested year-round, seven days a week, mushroom farms are not eligible for the Seasonal Agricultural Worker Programs. As a result, mushroom farmers depend on temporary foreign workers for a portion of their workforce. Koeslag explains that it has been historically proven that the Canadian labourer pool cannot supply enough workers to meet the demand of the mushroom industry. “It’s not even a matter of pay as the mushroom industry has been documented to pay on average several dollars higher than minimum wage,” Koeslag says. “It’s simply that Canadians don’t want to do the work.”

In the spring 2015, Mushrooms Canada corresponded with representatives in the federal government to request relief from the April 2015 deadline to send foreign workers back to their home countries. The NGO requested to allow highly-skilled, experienced mushroom workers to apply for Canadian residency. However, the government did not support these requests and many skilled mushroom workers were forced to leave Canada, both to the disappointment of the workers and the mushroom farmer.

Mushrooms Canada continues to lobby for improved access to foreign labourers and has partnered with the Canadian Agricultural Human Resource Council, a coalition of other agricultural commodities to work with the government to determine improved avenues to residency for temporary foreign agricultural workers.

As a result of labour shortages and labour costs, the industry is making large investments in harvesting process automation. Sung says that 70% of the Enviro Mushrooms operation is automated. Whitecrest Mushrooms is also looking at robotics to supplement the labour issue and decrease the end consumer costs. “Instead of a room full of people we will have one robot that will actually pick the mushrooms, cut the stem, weigh it, pack it and then stack it, so all you have to do is move it off the harvester and put it into the cooler,” Good says. “So we can really reduce our labour costs with this process. It should change the industry, and help to keep our end consumer costs down because we are competing with other vegetables.”

Fresh mushrooms can also play a role in fighting cancer. They offer nutrients such as beta-glucans and conjugated linoleic acid, compounds that are currently being studied for their chemo-preventive potential. According to recent research, mushrooms (and mushroom extracts) may have powerful anti-tumour activity, for both breast and prostate cancer.

Blendability is an emerging food trend that involves blending finely chopped mushrooms with ground meat. Big food service companies are looking to increase the customers’ vegetable consumption without losing meat-lovers. To do this, they are creating dishes that blend beef and other meats with chopped mushrooms. This blend adds another serving of vegetables to the plate, increases volume, extends portions and reduces costs. Finely chopped mushrooms look similar and blend with ground beef, so that popular foods, including burgers, spaghetti, pizza and burritos, still taste like meat, but are much healthier. 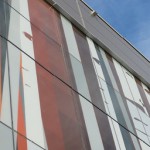 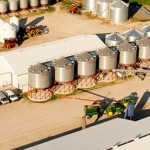