Ukulele U is the brainchild of world-class creative talents Bob Ezrin, legendary music producer of Pink Floyd, U2, Lou Reed, and Andrea Bocelli (to name a few) and founder of the Nimbus School of Recording Arts and Melanie Doane, Juno Award-winning recording artist and Executive Director of USchool.

Bob Ezrin says, “The idea behind Ukulele U was to create a magical place for children to play and learn through music.  At our “university” children of all ages get a “degree” in love, life and the joy of singing, dancing and playing together.”

Bob Ezrin has teamed up with Michael Hirsh, the Emmy and Gemini Award winning founder of Nelvana and WOW! Unlimited Media. Hirsh was co-creator of The Doodlebops, the popular preschool show on CBC and Disney Channel, and produced many hit children’s shows such as Babar, Max and Ruby, Care Bears, The Berenstain Bears, and Inspector Gadget.

“Music is a universal language and brings all children together to celebrate joyfully,” says WOW! Chairman and CEO Michael Hirsh.

Host and Co-Creator Melanie Doane says, “Our vision is to empower children at home to sing with us and MAKE music, not just listen to it. Our cast is terrific and I’m so proud of our original music. I’ve loved creating the show with Bob and we’ve got something very special.”

The show’s catchy songs will be brought to life by Ukulele’s Director and Choreographer, ​David Connolly, whose accolades include ​The Moblees,​​ The Doodlebops, Hairspray ​and ​Mamma Mia. The show will be produced by Andrea Nevitt, with over 20 years of producing credits, including The Doodlebops, Ruby Sky P.I, and numerous variety/comedy/award specials.

Marie McCann, Senior Director of Children’s Content at CBC Kids says, “Ukulele U will inspire kids and families to sing and move along to this wonderful collection of songs. On top of all the fun and joy it brings, music promotes so many areas of learning and development – from math, language and physical skills to emotional well-being. We love that Melanie and Bob are using pop music to tap into this time-tested way of teaching music.”

Through the team’s illustrious industry connections, the show has the unique ability to feature top musicians as guest stars and feature hit songs ranging from “Dynamite” by BTS, “Diamonds” by Rihanna, “Me” by Taylor Swift to “Best Friend” by Queen and “It Don’t Mean a Thing” by Duke Ellington.

CBC/Radio-Canada is Canada’s national public broadcaster. Through our mandate to inform, enlighten and entertain, we play a central role in strengthening Canadian culture. As Canada’s trusted news source, we offer a uniquely Canadian perspective on news, current affairs and world affairs. Our distinctively homegrown entertainment programming draws audiences from across the country. Deeply rooted in communities, CBC/Radio-Canada offers diverse content in English, French and eight Indigenous languages. We also deliver content in Spanish, Arabic and Chinese, as well as both official languages, through Radio Canada International (RCI). We are leading the transformation to meet the needs of Canadians in a digital world. 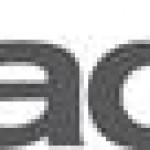 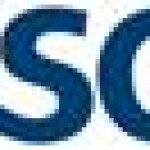