VANCOUVER, British Columbia, June 28, 2021 (GLOBE NEWSWIRE) — MYM Nutraceuticals Inc., (CSE: MYM) (OTCBB: MYMMF) (“MYM” or the “Company”) is pleased to announce that both Glass, Lewis & Co. (“Glass Lewis”) and Institutional Shareholder Services Inc. (“ISS”), the two leading independent proxy advisory firms that provide voting recommendations to shareholders, have each issued positive reviews of the proposed acquisition of MYM by IM Cannabis Corp. (“IMCC”) announced on April 1, 2021 (the “Transaction”). Both Glass Lewis and ISS recommend that MYM shareholders vote in favour of the resolution to be voted on at the special meeting of shareholders to be held on July 5, 2021.

A total of 66 & 2/3rds of all common shares voted are required to approve the Transaction as well as a majority of the minority vote in accordance with Multilateral Instrument 61-101 Protection of Minority Security Holders in Special Transactions (“MI 61-101”). To date, including those who have entered into support agreements, over 90% of overall committed and tallied common shares are being voted in favour of the Transaction.

MYM shareholders of record at the close of business on May 31, 2021 are eligible to vote at the special meeting. Full details of the Transaction and the matters to be voted on at the meeting are described in the management information circular and related meeting materials that were mailed to shareholders on or before June 10, 2021. All of the meeting materials can be downloaded from SEDAR at www.sedar.com.

To proactively deal with the unprecedented public health impact of COVID-19, the meeting will be held in a virtual only format which will be conducted via live audio webcast online at https://web.lumiagm.com/419800178 at 11:00 a.m. (Vancouver time) on July 5, 2021.

MYM is a Canadian cultivator, processor, and distributor of premium cannabis via its two wholly owned subsidiaries – SublimeCulture Inc., in Laval, QC and Highland Grow Inc., in Antigonish, NS.

ON BEHALF OF THE MYM BOARD
Michael Wiener, CEO
MYM Nutraceuticals Inc.
www.mym.ca

Keep up to date with MYM on our social media channels:

About IM Cannabis Corp.
IMC is an MCO in the medical and adult-use recreational cannabis sector, headquartered in Israel and with operations In Israel, Germany and Canada. Over the past decade, the Company believes that the IMC brand has become synonymous with quality and consistency in the Israeli medical cannabis market. The Company has also expanded its business to offer intellectual property-related services to the medical cannabis industry.

In Europe, IMC operates through Adjupharm GmbH (“Adjupharm“), a German-based subsidiary and EU GMP-certified medical cannabis processor and distributor. IMC’s European presence is augmented by strategic alliances with various pan-European EU-GMP cultivators and distributors to capitalize on the increased demand for medical cannabis products in Europe and bring the IMC brand and its product portfolio to European patients.

In Canada, IMC operates through Trichome JWC Acquisition Corp. (“JWC“). JWC is a licensed producer located in Kitchener, Ontario, selling cannabis flower, pre-rolls, hash and kief in the Canadian recreational cannabis market under the JWC and Wagners brands. JWC operates with high standards for providing clean, consistent, aeroponically-grown premium cannabis products to medical patients and the adult-use market throughout Canada and the world. On March 31, 2021, IMC entered into a definitive agreement to acquire MYM Nutraceuticals Inc. (“MYM“) and its licensed producer subsidiary, Highland Grow Inc. This transaction, if completed, will reinforce IMC’s goal of being a leading global premium cannabis producer and purveyor.

Forward-looking information is often, but not always, identified by the use of words such as “seek”, “anticipate”, “believe”, “plan”, “estimate”, “expect”, “likely” and “intend” and statements that an event or result “may”, “will”, “should”, “could” or “might” occur or be achieved and other similar expressions. Forward-looking information in this press release includes (i) statements about the expected voting of persons that are contractually committed to vote in favour of the Transaction but have not yet submitted their proxy, and (ii) statements about the share ownership of certain individuals who will be excluded from voting for the purposes of the Transaction approval required by MI 61-101. 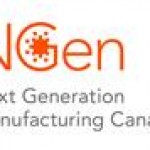