VANCOUVER, British Columbia, Nov. 23, 2020 (GLOBE NEWSWIRE) — Nabis Holdings Inc. (CSE: NAB) (OTC: NABIF) (FRA: A2PL) (“Nabis” or the “Company”) today announced that it has entered into a support agreement (the “Support Agreement”) with certain holders (“Debentureholders”) of the Company’s outstanding $35 million principal amount 8.0% unsecured convertible debentures (the “Debentures”). Pursuant to the Support Agreement, the Debentureholders party thereto have agreed to support a recapitalization plan for Nabis that will, subject to required approval of Nabis’ creditors (the “Creditors”) and the Ontario Superior Court of Justice, result in the recapitalization of the Debentures and all other debts of the Company (the “Recapitalization”). The Recapitalization is to be implemented pursuant to a proposal (the “Proposal”) under the Bankruptcy and Insolvency Act of Canada (the “BIA”). The Proposal will be filed with the Official Receiver imminently.
The material terms of the Proposal are:(i)  the cancellation of all of the common shares, preferred shares, warrants, stock options and any other similar equity-type securities in the capital of the Company (collectively, “Equity Claims”);(ii)  all Equity Claims will be irrevocably and finally extinguished upon implementation of the Proposal;(iii)  in full and final satisfaction of all Creditor claims, which will be irrevocably and finally extinguished, on the implementation date of the Proposal, Nabis shall issue and pay to each Creditor its pro rata share of:    (a)  3,700,000 new common shares in the capital of the Company; and    (b)  new 5.3% first lien notes in the aggregate amount of $23 million due 2022 on the terms set out in the Proposal; and(iv)  certain persons, including the Company and each of its affiliates and the Debentureholders party to the Support Agreement, and each of their respective former and current officers, directors, principals and employees, will receive releases of certain claims pursuant to the BIA.KSV Restructuring Inc. will act as proposal trustee pursuant to the BIA in respect of the Proposal (in such capacity, the “Proposal Trustee“).Under the Support Agreement, the Debentureholders party thereto have agreed, subject to certain conditions precedent and termination rights, to support and vote for the Proposal at the meeting of the Creditors to be held on December 14, 2020 (the “Creditors’ Meeting”). Under the terms of the Support Agreement, Nabis has agreed to certain customary covenants and restrictions with respect to its business and operations until the Proposal has been implemented.The Creditors’ Meeting is scheduled to be held virtually on December 14, 2020, and is scheduled to begin at 10:00 a.m. (Toronto time). Due to the COVID-19 pandemic, the Creditors’ Meeting will be held online at the following website: https://us02web.zoom.us/j/82452022771?pwd=UUFPaUFqV1o1a0sxc0thWVl4SVNtZz09.The record date for determining the amount of each Creditor’s claim is 5:00 p.m. (Toronto time) on December 7, 2020.In order to vote on the Proposal, Debentureholders are required to submit a proxy and voting letter to the Proposal Trustee by no later than 5:00 p.m. (Toronto time) on December 11, 2020. Holders or custodians (“Participant Holders“) of Debentures on behalf of beneficial Debentureholders will be provided with Proposal materials, and are asked to complete and sign the applicable part of the voting and proxy letter for Debentureholders and to transmit it along with the other Proposal materials to each applicable beneficial Debentureholder. Beneficial Debentureholders are encouraged to contact their Participant Holders directly to confirm any voting requirements.Alternatively, beneficial Debentureholders may access and download the proxy and voting letter directly from the Proposal Trustee at www.ksvadvisory.com/insolvency-cases/case/nabis-holdings (the “Proposal Trustee’s Website“). Additional information relating to the Creditors’ Meeting and Proposal process will be posted to the Proposal Trustee’s Website later today.Affected Creditors who are not Debentureholders that wish to attend the Creditors’ Meeting and vote on the Proposal must submit a proof of claim to the Proposal Trustee by no later than 5:00 p.m. (Toronto time) on December 11, 2020.Affected Creditors who are not Debentureholders and who have claims in an amount greater than $500.00 may elect to be treated for all purposes under the Proposal as Convenience Creditors (as defined in the Proposal) by submitting a Convenience Creditor Election Form (appended to the Proposal) to the Proposal Trustee by no later than 5:00 p.m. (Toronto time) on December 11, 2020. A copy of the Convenience Creditor Election Form will also be available for download at the Proposal Trustee’s Website.In order to be approved, the Proposal requires the affirmative vote of a majority in number and two-third in value of all proven claims of Creditors entitled to vote, who are present and voting at the Creditors’ Meeting, in accordance with the voting procedures established by the Proposal and the BIA.The Proposal is in the Best Interests of the Company and its Stakeholders

The Company previously announced that it did not make the interest payments due on June 30, 2020 and September 30, 2020 pursuant to the Debentures. The Company also previously announced that Odyssey Trust Company Ltd. (“Odyssey“) commenced legal action against the Company alleging a breach of the terms of the Debentures as a result of the missed June 30, 2020 interest payment, and that Odyssey had purported to accelerate the Debentures and demanded immediate payment.In light of the Company’s liquidity constraints, the board of directors of the Company (the “Board”) formed a special committee of the Board (the “Special Committee”) on August 17, 2020. On September 20, 2020, the Special Committee was given an expanded mandate, including to review and oversee the Company’s engagement with the Debentureholders and other strategic alternatives available to the Company.Following the review process by the Special Committee, and given the circumstances currently facing the Company, including in connection with the previously announced legal proceedings involving the Company and its subsidiaries in Ontario and Arizona, the Special Committee and the Board have determined that the Recapitalization, including the Proposal, and the Support Agreement in connection with the Proposal, are in the best interests of the Company and its stakeholders. The Company recommends that Creditors vote in favour of the Proposal.Settlement with Former Senior OfficerAs previously disclosed on October 16, 2020 and November 5, 2020, the Company had commenced civil proceedings in the Arizona Superior Court and the Ontario Superior Court of Justice against Mark Krytiuk, the Company’s former Director, President and Chief Operating Officer (the “Legal Actions”).The Company’s disputes with Mr. Krytiuk have now been resolved, including in respect of outstanding employment entitlements. Mr. Krytiuk has agreed to an orderly transition of his directorship and other positions and interests in Perpetual Healthcare, Inc. (“Perpetual”) to a nominee of Nabis. Nabis expects that its nominee will be appointed to the board of directors of Perpetual imminently. The Legal Actions will be discontinued on a without costs and with prejudice basis.Forward-Looking Statements
All statements, other than statements of historical fact, included herein are forward-looking statements that involve various risks and uncertainties. There can be no assurance that such statements will prove to be accurate and actual results and future events could differ materially from those anticipated in such statements. The risks are without limitations: that the acquisitions will be completed by the Company or completed upon the terms disclosed; the price for cannabis and related products will remain consistent and the consumer demand remains strong; availability of financing to the Company to develop the retail locations; retention of key employees and management; changes in State and/or municipal regulations of retail operations and changes in government regulations generally. Important factors that could cause actual results to differ, materially from the Company’s expectations are disclosed in the Company’s documents filed from time to time with the Canadian Securities Exchange, the British Columbia Securities Commission, the Ontario Securities Commission and the Alberta Securities Commission.The Canadian Securities Exchange has neither reviewed nor approved the contents of this news release and accepts no responsibility for the adequacy or accuracy of this release.For inquiries, please contact:Emmanuel Paul, Chairman of the Board
info@nabisholdings.com 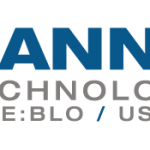