Creating a win-win-win scenario is no easy feat

Never was there an assumption that renegotiating the North American Free Trade Agreement was going to be a straightforward, easy task, but even some of the more notoriously pessimistic pundits are likely to admit the discussions to date between Canada, the United States and Mexico were frustrating – at best.

The much-talked about trilateral agreement came into force on January 1, 1994, and essentially replaced what had been known as the Canada-U.S. Free Trade Agreement. Nearly to 24 years later, if you are to believe the tweets coming from U.S. President Donald Trump, returning to that original bilateral agreement may be one possibility moving forward. Trump and his closest allies have made no secret that the bane of their displeasure has most everything to do with Mexico and little with Canada – although there have been times when the billionaire real estate mogul has taken unwelcome pot-shots at our nation as well. Unpredictable would be one word to describe how negotiations have been to this point from the very top.

Initially there had been hope that a renegotiated NAFTA could be completed before the end of the year when talks began in September, but in retrospect that was a hope well beyond any realistic timeline. There are simply far too many obstacles and issues that stand in the way, real or imagined. It’s also a very complex process and will have far-reaching effects on a number of key industries, including the likes of automotive, agriculture, apparel, transportation, intellectual property, softwood lumber and the environment, just to name a few.

A major sticking point for the Trump administration is a complaint about the trade imbalance. The U.S. has most often enjoyed a trade surplus with Canada and Mexico for services but a trade deficit for goods.

Former Prime Minister Stephen Harper has blasted the Trudeau government for its handling of the renegotiations to date. In a memo leaked to the media and titled ‘Napping on NAFTA’ Harper sends criticisms in several directions, including what he feels was the hasty rejection of U.S. proposals without proper analysis and the possibility of countering the initial delivery. Harper is also upset that the federal government has – until now – seemingly insisted that all negotiations occur alongside Mexico.

Upon returning from a recent trip to Washington, Harper penned the following, with a copy sent to his clients: “I came back alarmed. I fear that the NAFTA re-negotiation is going very badly. I also believe that President (Donald) Trump’s threat to terminate NAFTA is not a bluff; I believe this threat is real. Therefore, Canada’s government needs to get its head around this reality: it does not matter whether current American proposals are worse than what we have now. What matters in evaluating them is whether it is worth having a trade agreement with the Americans or not.”

“We don’t agree with former PM Harper’s advice. We will continue to defend Canadian interests. Capitulation is not a negotiating strategy,” Freeland said on her Twitter feed.

Freeland is leading the Canadian contingent throughout the negotiating process and is joined in the trilateral talks by her counterparts U.S. Trade Representative Robert Lighthizer and Mexico’s Economy Minister Ildefonso Guajardo.

In a column that appears in this edition, Hendrik Brakel of The Canadian Chamber of Commerce opines that it is better to have no deal than a bad deal. But what constitutes a bad deal is a sliding scale, depending on whose opinion is elicited, which only adds to the unrest.

On a positive note, the Canadian economy has been faring quite well over the past several quarters, but economists warn that it will be essential to keep a close eye on what happens in 2018, and the trade negotiations will play a huge part in all of that. For the seventh year in a row, Canadian organizations are planning moderate base salary increases. The average pay increase for non-unionized employees is projected to be 2.4% next year, slightly higher than the actual increases of 2.2% in 2017, according to The Conference Board of Canada’s Compensation Planning Outlook 2018.

“While the Canadian economy is firing on all cylinders this year, growth projections for next year and beyond show a slowing down of the economy. As a result, business leaders continue to exercise caution, keeping a cap on organizational spending and, by extension, salary increases,” says Allison Cowan, Director, Total Rewards Research, The Conference Board of Canada.

The protracted trade talks will also have ripple effects in other areas and likely mean that any future talk of interest rate hikes by the Bank of Canada will be put on hold until then. It’s already assumed by a number of economists and financial analysts that consideration for another rate hike is not likely to be seen until at least July of next year. The Bank wants to see if and when NAFTA is renegotiated and with what modifications. It is also wise to give proper time to see what effects the two rate hikes from this year will yield over the longer term.

Throughout the entire process it is largely about balancing the competing demands of all three countries. That is very hard to do without one – or sometimes two – d of the participants complaining that the third party is getting the best end of the deal. It’s a give and take process across a variety of spectrums, but the tricky part is in assessing who gets what victories and who must give certain concessions to push the agenda forward.

The air of uncertainty surrounding the delicate discussions is largely by design. U.S. President Trump is no stranger to aggressive tactics – some would say bullying – as part of his negotiation strategy. For those who invoke the strategy there is a belief that it’s the best way to squeeze out the most in a final deal. Some say it’s just the Trump administration’s style, while others say there is a genuine concern that the U.S. will just walk away if a deal that suits Uncle Sam isn’t in the cards. However, on the other hand, if it’s a bluff to gain as much leverage as possible it could also backfire with Canada opting to pull away in the ‘no deal is better than a lousy deal’ scenario. As proof of such a case, there was direct evidence of the Trump administration’s backpedaling on terminating the U.S. free trade agreement with South Korea.

The timeframe for executing such a monumental agreement is going to be challenging to say the least. Some people are already increasingly impatient on word that a deal might not be reached until March of next year. Comparatively, when beginning talks of a NAFTA deal the first time, the initial talks began in 1990. The agreement was signed at the end of 1992 and the U.S. Congress ratified it in November, 1993, with its launch on January 1, 1994.

Mexico is definitely the country that is pressed most for time where President Enrique Pen~a Nieto cannot run for re-election due to term limits. Mexican officials claim they will not be able to acquire the necessary support for a renegotiated NAFTA once the political campaigns begin in the spring. No specific date has been set by any of the three countries.

The labour standards, including wages, have increased in both the U.S. and Mexico but that alone is not expected to turn the tide and see a slow reversal of the 500,000 manufacturing jobs Canada has lost over the past 15 years according to Pedro Antunes, Deputy Chief Economist at the Conference Board of Canada. A sizable percentage of those Canadian jobs were lost to automation as opposed to cheaper labour in Mexico. The U.S. has also seen about 20% of its manufacturing base disappear over that same time period.

Always at the forefront of any public attention is the auto industry, which has been and continues to be a vital economic driver for this country. It is a sector that is being closely monitored, especially by the likes of Unifor, the union representing thousands of Canadian auto workers.

“From the point of view of the auto industry I think domestically the whole question is to have a barrier-free border due to the integration of that industry and its production chain,” says Peter Graefe, Associate Professor of Political Science at McMaster University. “If that’s in place, assuming there are not significant duties attached to it – I think it gets priced into the system. Obviously there are content regulations that make it more advantageous to locate production in particular places.”

Graefe says we’ve witnessed the capacity of the Ontario and federal governments to leverage their strength and push the Big-3 to invest in different Ontario sites. “The only aspect of NAFTA that matters is to say ‘yes’ you can have access to the U.S. and maintain this global production chain. I think that will continue to be the biggest aspect of the negotiations,” he says.

The main aspect for the auto industry and manufacturers in general is maintaining a relatively open border. Tariffs make a difference for Ontario manufacturers as a whole, which has positioned itself as a low-cost platform in the North American space.

“If tariffs went up obviously that would pressure the ability to be cost-competitive but I think it’s mostly the ‘just in time’ ability to get over the border and not have further border constraints thrown up as part of a renegotiation of NAFTA,” says Graefe.

Many other industries will continue to keep a close eye on the NAFTA negotiations, and especially those that export their products to the U.S. and/or Mexico.

“It’s hard to say because the American strategy seems to keep moving. For instance, putting supply management on the table. Instantly the dairy industry in Ontario and Quebec get very concerned. Going back to the early 1980s there has never been a resolution to the softwood lumber issue.

“Any time this gets opened up it’s another chance for the American protectionists to try and make the claim that Crown lands and the manner that we regulate cutting is an implicit subsidy to Canadian producers,” says Graefe.

“We did see Mr. Balsillie, formerly of Research in Motion (now BlackBerry), making noises that some of the intellectual properties that are being pushed in international trade negotiations and which also might become part of NAFTA,” continues Graefe. “It’s been an important bargaining demand of the Americans to try and take advantage of their lead and expertise in high-tech industries in various ways. If this is part of NAFTA it could have an impact for the high-tech clusters such as Waterloo.”

In its latest report The Conference Board of Canada is projecting the average pay increase for non-unionized employees to be 2.4% next year. Projected increases are highest in the pharmaceutical and chemical products industry at 2.7% and lowest in the health sector projected to be 1.6%.

Professions with the highest demand continue to be IT specialists, management, accounting/finance, engineering and skilled trades.

Increases of 2.6% are projected in the construction industry, along with organizations in finance, insurance and real estate; not for profits; the retail trade industry; and the accommodation, food, entertainment, and personal services sector. The lowest average increases are expected in the health sector, with an average increase of 1.6%.

Manitoba, Ontario, and Quebec lead the way in terms of projected increases, with wage increases ranging from 2.6% to 2.5%. The lowest average base pay increases are expected in Alberta and Saskatchewan, at 2.1%.

There is no specific timetable on when the NAFTA negotiations will conclude, although the hope is that a final decision will be made no later than March, 2018. 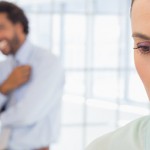