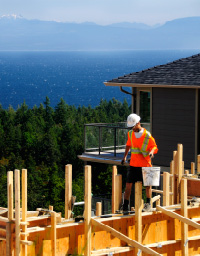 About  six years ago, the City of Nanaimo’s city council decided it was time for a “spring cleaning” of sorts; that the city’s appearance was not doing justice to the natural majesty and scenery of the shores of Vancouver Island.

Nanaimo is one of the oldest cities in British Columbia and one of the fastest growing mid-sized cities in the province (at over 80,000 citizens). Coal mining was its earliest industry, and folklore states that the famed, eponymous Nanaimo Bars were made to supply a boost of sugar to miners underground.  In recent years, a shift in industry from resource-based to technology-based has meant a change in the city’s demographics, needs and attractions. The City of Nanaimo embraces these changes and established a strategic economic development plan to best address the city’s new direction.

“We have a burgeoning high tech industry developing,” says Ian Howat, Director of Strategic Relations. “It’s been developing for quite some time. Mistic, the Mid-Island Science Technology and Innovation Council, are spearheading the technical boom in this region. They act as the ‘first point of contact’ for small and medium-sized enterprises (SME’s), entrepreneurs, students, business persons and researchers seeking information related to knowledge sector industries.”

Interserver Technologies Corporation, VMAC and Intraworks IT Management are more examples of tech-businesses that are pivotal in Nanaimo’s evolution. Seeing the rise of companies investing in Nanaimo precipitated the implementation the new Official Community Plan, a cross-sector investment to accommodate and welcome more prospective businesses which aims to provide new venues to meeting the growth challenges the city faces.

Since 2000, the City of Nanaimo has devoted an enormous amount of time and energy into the revitalization of Nanaimo’s downtown. The crux of the community plan, to restore the social and commercial heart of Nanaimo, was aimed at the downtown for its beautiful harbour, heritage sites and picturesque waterfront which transpire to attract residents, business and tourists alike. Through significant economic injections, the culinary attractions, diverse shopping, business and activities of Nanaimo’s downtown are experiencing a renewal.

“The city really made a conscious effort and realized we need to take back the downtown and revitalize and bring the people back,” says Howat. “The strength of our revitalization today is manifest because we put a strong focus on partnering with regional entities such as the port authority, First Nations communities, Vancouver Island University, the British Columbia Chamber of Commerce, etc.”

The crux of the revitalizing is Canada’s newest full-service, first-class conference centre. The city bought an entire city block that had seen better days and built the Vancouver Island Conference Centre, a $72.5 million endeavour that has been the engine of the city’s revitalization.

Located on the Nanaimo waterfront, the Vancouver Island Conference Centre will support groups of up to 1300 for functions or receptions in the nearly 14,000 square foot, divisible ballroom. Within the 38,000 square feet of flexible, functional convention and meeting space, there are a total of nine multipurpose meeting rooms with full audio/visual capabilities, all with large windows for natural light.

Our plan takes a holistic approach,” says Howat, “We are not just investing money in infrastructure but social programs and it has been hugely successful.” In the ultimate testimonial to the success of the plan, Howat recently moved downtown.

Other people are seeing the city’s success as well. Nanaimo’s exemplary lifestyle is a major draw. The city boasts one of the best climates in the country, is on the doorstep of wilderness and year-round sailing, fishing and boating on the harbour. In recent years, a number of retirees have come from the lower mainland or metropolis of Vancouver in search of housing costs lower by a third. According to Howat, this is resulting in an increase of consulting businesses, which in turn are looking to attract young families who are drawn to recreational facilities and activities. “Growth we are witnessing is positive for us and it has a great deal to do with our lifestyle and affordability,” he says.

Howat and the City of Nanaimo have successfully planned and executed a spring cleaning for the city. There is a happy and welcoming feeling in Nanaimo that is as irresistible as the bars named after it. “It’s amazing how successful that little dessert has made this town,” says Howat.” 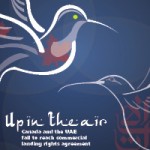