Clean 15 Series: Narrow-sightedness in the Age of Inherent Omniscience 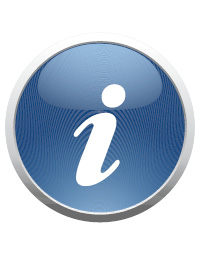 A few weeks ago two friends and myself went to lunch to discuss a business proposal. When the menu came it was pages long and had a very wide variety of choices. After some real internal agony I asked the waitress for suggestions. From her knowledge she provided me with three choices. Out of those choices I decided on a true trusted favorite of mine, sweet potato fries. The whole process, however, led me to a few questions:

If choice and content were valuable, why did having such a wide variety create mild anxiety about what to choose? Why did I assume that the waitress would be the best place for me to gain knowledge about what was best to eat? Why did I not try something new instead of going for what I already knew was a mediocre choice for lunch?

I came up with three ideas and while they are no panacea to narrow sightedness in the age of information, they may provide some context to our sometimes, collective polarized conclusions around challenges related to economy, environment and its connection to innovation.

In 2010, we witnessed the highest ever heat-breaking records by individual countries in a single year. Nineteen countries around the world broke heat records with seven of them going over 120 degrees Fahrenheit; and Pakistan hitting a mind numbing 128 degrees Fahrenheit.

This change has been consistent with the warnings of a great many scientists around the world who have been trying to get their point across for the last 30 years; however, there is a voice in cyberspace that claims this is all an elaborate hoax by nefarious groups. It becomes extremely difficult for the layperson to get any kind of understanding as to what might be happening and how it could affect them besides the fact that we need to have central air in our highly mortgage leveraged houses. As a result, many people choose to view the deluge of content through their political lens, leaning either to the left or to the right as opposed to trying to grasp if the wolf is actually here and the little boy is actually telling the truth this time.

Even though we have more content than in any other time in recorded history, the shear volume of information makes it difficult when developing a sense of context for this information and as a result coming to decisions is becoming increasingly more complex.

2. Incorrect Assumptions on Location of Knowledge

In Egypt a 16-year-old girl discovers a catalyst to turn Egypt’s plastic waste to biofuel. By her estimates, turning waste into biofuels using her method is worth about $78 million a year. This has the potential to change the economy of Egypt in very profound ways.

In Toronto, a 16-year-old boy has discovered a possible treatment for cystic fibrosis. The treatment is a mixing of two drugs and follow up work is being done in a Toronto hospital. So far the results have exceeded expectations. Another 16-year-old in Toronto discovered an antioxidant nano particle that could be superior to vitamins C and E, and in the U.S. a 15-year-old boy invents a simple cheap test for pancreatic cancer. The test is more than 90 per cent accurate, 28 times cheaper and 1,000 times more sensitive than existing tests for the disease.

What is fascinating about all these child geniuses is that they are not as rare as we may think and they are dispersed all over the world and are increasingly finding a voice to present their ideas. With just over two billion people being connected to information online, it is my guess that we will begin to see more and more of these types of discoveries from not just sole inventors, but from collectives of individuals all focused on common problems. It is also extremely noteworthy that many of the challenges they have solved are challenges that large companies hire the smartest people and spend million and millions to solve, but in too many cases are unsuccessful in finding ways to bring these ideas to market. These teenagers in some cases are solving the problems from their high school labs.

Large organizations no longer hold the monopoly on important information. This fact is a disruptive revolution of magnanimous proportions and it’s happening right now and shows no sign of letting up, however, many of us have been raised to believe that the large corporation is the best way to organize citizens around a set of objectives and that these large organizations contain the smartest collection of experts and the monopoly of truth in their perspective fields.

The age of information is disrupting that paradigm.

3. Narrow-sightedness of the Organized Expert Authorities

The typical large public corporation requires growth year over year and this creates what Christensen calls the innovator’s dilemma. According to Christensen

“Financial markets relentlessly pressure executives to grow and keep growing faster and faster.” He asks “Is it possible to succeed with this mandate? Don’t the innovations that can satisfy investors’ demands for growth require taking risks that are unacceptable to those same investors?”  He continues saying “There is powerful evidence that once a company’s core business has matured, the pursuit of new platforms for growth entails daunting risk. Roughly one company in ten is able to sustain the kind of growth that translates into an above average increase in shareholder returns over more than a few years. Too often the very attempt to grow causes the entire corporation to crash. Consequently, most executives are in a no-win situation: equity markets demand that they grow, but it’s hard to know how to grow. Pursuing the wrong way can be worse than no growth at all.” This dilemma means that most companies even though they publically discuss being innovative have over time developed values and processes that have a bias to incremental innovation increases vs. breakthrough or disruptive innovations and models. They tend to continuously add to well-established platforms and assumptions, which in turn provides the illusion of stability. As a result much of the new innovations, ideas, platforms and models are either unknown or orphaned by these organizations.

Christensen would argue that these organizations – if not careful – have planted the seeds of their own demise. I don’t like picking on the once Canadian darling, but RIM comes to mind. Large corporations discuss core competencies and it is this same strength that creates the weakness of 21st century narrow sightedness in the age of digital omniscience.

In 1439, Gutenberg was the first to use the printing press. This led to key developments of the Renaissance, Reformation, The Age of Enlightenment and the Scientific Revolution. It democratized information.

A second such revolution is underway and it is of a digital nature. Just about all of human knowledge, ideas and information has a digital footprint and is or can be captured on the Internet. This massive amount of data has the potential for us to be able to make connections and synthesize information to find new insights and discoveries, to answer existing challenges and to create new problems. It also means that more and more of us have access to information and can use different cultural filters and realities to digest this information, which potentially can lead to many disruptive models and innovations. It is the kind of disruption that allows 16 year olds to outperform Fortune 500 companies that pour millions in resources only to be out done by someone with far less formal training in an emerging economy.

However, all the information is useless if we have no intelligent context or framework. Smart companies moving forward will become obsessed with internal as well as external data mining that provides them context and position. Focus can no longer be just about the bark on the trees. One must understand the bark, the forest, all the bugs in the ground and combine this knowledge to provide context and single out opportunity.

Perhaps instead of asking the waitress I could have accessed information around which customers ordered what foods the most. This might have taken into account the time of day, the background and likes of each customer and I could have done all that from my mobile phone before I walked in the door.