The National Aboriginal Capital Corporations Association (NACCA) was founded 20 years ago as an organization that was borne out of what are known as Aboriginal Financial Institutions (AFI), which were first created in the late 1980s by Aboriginal leaders, the Government of Canada, and a Native Economic Development Program initiative. The primary mandate was to address the lack of available capital to finance Aboriginal small-business development.

AFIs were created to provide repayable, interest-bearing loans to Aboriginal small- and medium-sized enterprises (SMEs) that were unable to secure loans from highly-regulated conventional lenders due to risk tolerance levels.

Today, NACCA is a network of 58 AFIs across 10 provinces and territories that supply developmental lending directly to Indigenous entrepreneurs and communities, including First Nations, Métis, and Inuit. In turn, this provides a return on investment rate to GDP. NACCA continues to seek additional sources of capital to ensure the network remains sustainable. AFIs are connected with their communities at the grassroots level, which brings about instant credibility and trust.

The federal government initiated the Business Development Bank of Canada (BDC) and it was created as a developmental lending institution to provide a jumpstart after the war efforts for Canadian businesses. The BDC was intended to be made available to everyone. But as time went on it became evident that there were a number of unique barriers against the Indigenous community and so the BDC was not able to initiate business in the Indigenous community because of proximity to market and availability of resources.

Due to the many obstacles in front of them the Indigenous economy hadn’t received the attention that it needed. In the 1980s there was foresight to create a network of Indigenous-specific lending institutions that would provide entrepreneurial services to the Indigenous community. Although AFIs take on more risk than conventional commercial lenders, the average repayment efficiency rate was about 95% at the end of fiscal 2015-2016, which is an outstanding statistic in any business industry.

The Canadian Business Journal recently spoke with NACCA’s CEO Shannin Metatawabin about the organization’s initiatives and plans for the future. As of today, the 58 Aboriginal Financial Institutions across Canada represent an impressive growth from the six originals.

The federal government initially invested $240 million. This network has been able to recycle that by about nine times to an incredibly impressive $2.5 billion in lending. However, they have not received new capital in a very long time – almost two decades.

“It means that we’re only operating at about 50% capacity,” laments Metatawabin. “They’re waiting for the loans to be repaid before they’re able to approve and issue new loans. That to me is not the way we should be promoting and developing this unique market.”

The network of AFIs has been doing this work for about 35 years and during that time they’ve processed 45,000 loans assisting about 62,000 businesses within the Indigenous community. It has been a resounding success thanks to an ability to create relationships, create the buy-in in the communities and work with their individual members because they’re located where the membership is located – which is essentially all across Canada.

“One of the biggest barriers is the ability to gain access to capital. That is our current main initiative to resolve,” confirms Metatawabin, who recently celebrated his second anniversary as CEO at NACCA. Prior to 2016 he was involved with the network, dating back 20 years as a business development officer.

“I used to deliver lending directly to the Indigenous entrepreneur. I’ve assisted well over 250 businesses by providing lending and equity financing to their businesses. I did the due diligence and counselled them in helping to get their business off the ground,” he says.

Throughout his career Metatawabin has always entrepreneurship and has maintained a keen interest in economic development. According to him it is entrepreneurship that has been the key missing link for the Indigenous community in order that it could generate its own revenue base to be sustainable into the future.

With four children of his own, Metatawabin wants to ensure there is sufficient and efficient infrastructure in place so that his children and the children of other Indigenous people can be successful in the future just like every other child that is growing up in Canada.

“We are going to have 1 million Indigenous youth in Canada by 2027. They need opportunities and small business represents the best opportunity for providing employment in that every loan granted provides about 3.34 jobs,” he states.

Based in Ottawa, the organization has an important role in the development of Indigenous business right across the country. Despite many years as a successful entrepreneur and business leader, Metatawabin says he is still learning the ropes of effective lobbying and the advocacy methods that are best suited to draw the attention of those on Parliament Hill.

“The Hill has got its own way of how things get done and we’re gradually learning that process. I just met with one of the Indigenous caucus MPs where we had an initial sit-down and provided a business case to try and build up some support,” says Metatawabin.

Being located in Ottawa makes it easier to meet with government department officials, bureaucrats and ministers and to engage with them about the unique and vitally important story of the Indigenous community. Metatawabin is able to proceed with that lobbying with a great deal of ammunition in his pockets.

“Our lending provides about $400 million to the GDP every year. We’re probably one of the few sources of impact that Canada is able to benefit from and we have the potential to make it more than $1 billion a year if we’re hitting on all cylinders. That means having access to capital and the right programming to deliver the lending, having the right business supports to help our entrepreneurs and the necessary tools to help them along the way. If we had all of those things then we’d be able to generate more income for Canada,” he says with confidence.

In the past there has not been the greatest coordination between municipal, provincial, territorial and federal governments. One of the main hopes of Metatawabin is that a more unified approach can be developed to ensure all levels of government are maximizing efficiencies and best understanding what needs to be done.

“One of my pillars is to ensure organizations and institutions are more aligned so that we can improve upon our efforts and be more efficient,” he says. “I find that some provinces are doing a lot of work in economic development; some are not doing anything. Some provinces have provided capital through special programs, and that is applauded.

“It is a very wide cross-section of businesses. As with new communities that are getting into economic development the first area that you tackle is the service-type industries. In our network we find that we have a large agricultural, forestry and tourism presence. We have multimedia production companies.

“Our network focused mainly on $250,000 and less in terms of loans. We have identified a gap between $250,000 and $2 million loans and we want to fill that gap by providing an Indigenous Growth Fund, which would in effect attract private sector capital into this fund, which in turn would then lend to the AFIs that have a need for capital,” notes Metatawabin.

The process provides a sustainable means of growth, and is the solution proposed by NACCA. The government would provide a contribution to the Indigenous Growth Fund, de-risk it and attract private sector capital and have investors invest into the Fund that would see return but NACCA is looking to target the lower-interest investor that is more focused on social impact.

“We have already generated interest in the market place and are in the process of formalizing the Fund right now,” says Metatawabin.

NACCA will be hosting the first annual conference on Indigenous Economic Development with the theme being: Access to Capital – Unlocking Community Potential. The event will take place February 27-28, 2019 at Hilton Lac-Leamy in Gatineau, Quebec, 10km north of Ottawa. The hope is that 250 to 300 people will partake in the inaugural conference.

“I believe it has the potential to grow into one of the national conferences,” says Metatawabin, confidently. “NACCA has a mandate in the economic space to create entrepreneurs and that’s really why we’re creating this event. Every year there will be a different focus.”

Metatawabin cannot emphasize enough that the number one barrier to Indigenous economic development in Canada is a dearth of access to capital. With that in mind, there is an aggressive, assertive plan in place to remove that barrier, because once that happens it will create an almost immediate domino effect in knocking down most – if not all – the other barriers.

“We want to bring together all sources of financing. We’re looking at commercial, impact developmental and foundations; bring them all together along with our network of 58 Aboriginal Financial Institutions, organizations and First Nations and determine what barriers and gaps are and look to improving how these groups get together,” he states.

According to Metatawabin there is an opportunity in the Indigenous community for $100 billion in revenue a year if they can close the gaps in infrastructure, health, education and capacity. That in turn would mean more towards Canada’s GDP.

Once sufficient capital is made available to entrepreneurs there must also be the proper tools in place as those companies build enterprise capacity. Excellent mentorship and business support will help to assure maximizing business success. Another critical component according to Metatawabin will be to think on more of an international scale, because that is where a great deal of the future opportunity lies.

“Our Indigenous communities have to think about connecting with fellow Indigenous peoples from around the globe. We have that opportunity with this network that has been in place for 30 years,” he says.

Recently one of NACCA’s AFIs – the Indian Business Corporation in Alberta – did a social impact study. The numbers showed a decrease in mental stress of 52% from somebody who started a business and a 73% increase in life happiness. About 50% of those who had applied were given a ‘no’ initially by a major bank. Most of these entrepreneurs that go to our AFIs have already tried to get loans elsewhere. About 70% have increased their income and 10% had previously relied on social assistance. Creating business in the community is definitely working.

“I’d like to see that our network is operating on all cylinders,” says, when thinking about the future. “The $110 million a year is translating to nearly $200 million a year in lending. The 1,500 loans that only achieve 10% of the market; we’re building a market for some of the mainstream lenders. We want to get to a point where access to capital is no longer a barrier. We want to build partnerships internationally with specific programming that targets certain segments like tourism, international trade, women entrepreneurs and youth entrepreneurs. We want to become more targeted and focused in the next couple of years.” 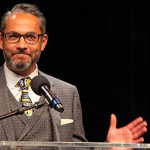