VANCOUVER, British Columbia, July 30, 2020 (GLOBE NEWSWIRE) — COVID-19 is the most urgent public health problem facing Canadians today— but as part of National Drug Drop-Off Month this August, Drug Free Kids Canada and London Drugs are calling attention to another devastating health concern exacerbated by the pandemic and still prevalent in households throughout the country: instances of drug abuse, overdoses as well as accidental poisonings among youth.
The pandemic has meant school closures, missing normal routines with friends, and cancelled extracurricular activities – all of which may lead to feelings of boredom and isolation for youth who have been increasingly homebound. During this difficult time, there is worry youth may consider using substances as ways of coping. To help keep children and adolescents safe, it is a particularly important time for parents and caregivers to be vigilant about the secure storage and proper disposal of unused prescription medications in homes in order to reduce the potential for misuse.“In times of stress, young people can easily fall into unhealthy behaviors as a way to cope with feelings, said Chris Chiew, general manager of pharmacy, London Drugs. “Many prescription drugs that have high potential for misuse among youth come from the family medicine cabinet.”Medications often prescribed for depression, anxiety or as sleep aids – like Xanax or Valium – as well as stimulants like Adderall and Ritalin are commonly abused by youth. Some of the most prolifically abused medications are those prescribed for pain such as codeine, OxyContin or Hycodan which can be highly addictive.“There is a misperception among some teenagers and young adults that prescribed medications are safe – even when used illicitly – so they may be less fearful about experimenting with them. Especially when they can find them easily at home or in friends’ homes,” said Chiew.  A recent poll conducted by Insights West on behalf of London Drugs found that a majority (62%) of Canadians are aware that many prescription drugs with a high potential for misuse, including prescription opioids, come from the medicine cabinets of friends and families. Despite this, six in ten (58%) Canadians admit they likely have unused or expired prescription or over-the-counter medications in their home.This year’s National Drug Drop-Off Month aims to increase awareness among Canadians about the problematic use of prescription drugs by teens and the need for safe disposal to reduce the instances of abuse, overdoses as well as accidental poisonings. Spearheaded by Drug Free Kids Canada with participating pharmacies across the country including London Drugs’ 82 locations, the August-long campaign serves as a reminder that everyone has a role to play in reducing the potential harms of prescription drugs.“The opioid crisis has continued throughout the pandemic and the number of accidental poisonings and overdoses have risen”, says Chantal Vallerand, Executive Director of DFK Canada. “In order to ensure the health and safety of our kids, we encourage parents to take positive action to safely secure all prescriptions at home, and return any unused medications to the pharmacy for proper disposal.”The majority (68%) of Canadians surveyed say they are concerned about the illicit use and misuse of prescription medications and agree that safe disposal of medications helps to reduce the instances of abuse, overdoses as well as accidental poisonings (66%). However, three in ten (30%) say they don’t know what to do with unused and/ expired medications, and one quarter (25%) say they have disposed of medications by flushing them down the toilet.London Drugs accepts unused or expired medication for safe disposal year-round. The returned medications are safely incinerated, preventing them from being abused, entering landfills or the sewer system. London Drugs also safely disposes of sharps returned in approved sharps containers. Last year alone London Drugs helped safely dispose over 17,000 kilograms of unused medications.To safely return unused or expired medications to any London Drugs location, remove all packaging as well as the label, and place the medication into a clear, re-sealable bag.For more information about disposing of expired or unused medications at the pharmacy visit: https://pharmacy.londondrugs.com/PharmacyServices/Medication-DisposalABOUT LONDON DRUGS 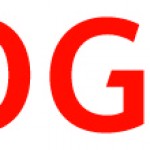 Local Food Banks and Rogers Step Up to the Plate to help more than 56,000 Albertans