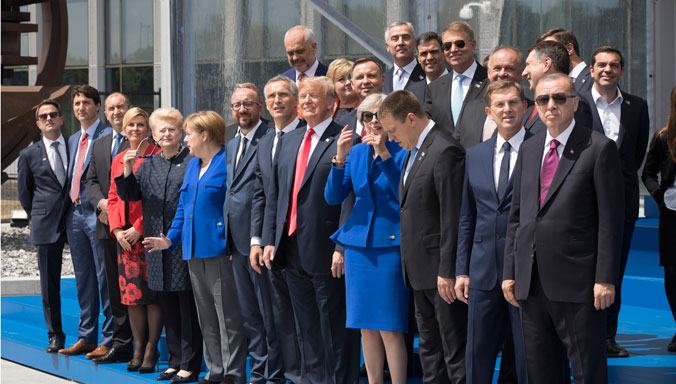 Trudeau says Canada will reach its mandate of 2% of GDP but is unwilling to double its defence budget.

New figures released by the military alliance indicates that Canada only hits 1.23% of it yearly GDP. The U.S. is at about 3.5%.

Trump created waves during a two-day NATO summit in Brussels, Belgium by insisting all members increase their military spending this year to 2% of their GDP — a standard established 16 years ago but rarely met by most of NATO, including Canada. Now Trump is proposing that countries commit 4%, which seems highly unlikely given that most aren’t even at the agreed upon 2% threshold.