CBJ —  Starbucks has become known as one of the most successful franchise chains in the world and Nestle has taken note of it.  That is one of the main reasons why the Swiss company has agreed to pay more than $7 billion to control global retail sales of Starbucks’s coffee, tea and food outside of its traditional bricks & mortar coffee shops.

The agreement gives Nestle the rights to market, sell and distribute Starbucks, Seattle’s Best Coffee, Starbucks Reserve, Teavana, Starbucks VIA and Torrefazione Italia packaged coffee and tea. It will also be able to put the Starbucks brand on Nestle single-serve capsules. The agreement excludes bottled drinks like ice coffees and Frappuccinos that are sold in and outside of Starbucks stores.

Starbucks will receive just over $7 billion in an initial cash payment.

About 500 Starbucks employees will join Nestle, and operations will continue to be located in Seattle.

The deal is subject to U.S. regulatory approval but is expected to close by the end of the year. 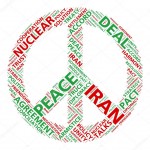