CBJ — Shares of Netflix Inc soared 11% before the bell on Wednesday, after the company put fears of a slowdown in growth to bed by racking up seven million new subscribers between July and September.

Netflix shares have gained more than 80% this year and are worth six times what they were at the start of 2015.

There was a time when the owner of Blockbuster Video was given an opportunity to acquire Netflix for $50 million but he balked, saying he didn’t believe streaming movies online was going to last and that their marketing surveys showed people liked getting out of the house to browse in the aisles for movies while picking up popcorn and other treats. That survey was of course horribly flawed as Blockbuster no longer exists, save one lone independent store in the U.S. 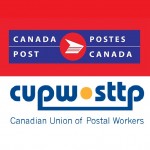 USMCA Won’t Be Ratified Until 2019