As pressure continues to mount on governments to finance economic growth and, in particular, infrastructure projects with substantial price tags, governments and commercial banks are becoming more innovative. In previous times, new roads and hospitals were financed by tax revenues but as deficits climb, governments are searching for new revenue sources.

In addition to climbing government deficits, new bank regulations — the new “Basel 3” rules — are steering banks away from the long-term loans required by backers of infrastructure projects. The implementation of Basel III regulations requires stricter monitoring and disclosures, ultimately leading to higher costs and higher capital requirements. These higher costs are passed through to the project developers and translate into diminished internal rates of return.

As infrastructure demand increases and fiscal constraints grow, the private public partnerships model is continuing to evolve to help governments meet these infrastructure challenges. Around the world, governments and the private sector are innovating and new approaches are being taken by PPP practitioners, financiers, existing sponsors and new entrants. Both the public and private sectors, however, must overcome the inherent challenges between their respective objectives – the public sector want to minimize overall costs and ensure the delivery of high quality service whereas the private sector wants to maximize its financial returns. The private sector also has to develop a more sophisticated approach to managing risk including mainly the risk of a change in government policy or the current government itself and the risk of construction delay.

EDC, a federal credit agency that helps Canadian companies extend their international reach by providing insurance, financing and guarantees to banks, has become the first federal government agency to issue green bonds. The EDC’s Green Bonds that were issued were only available to qualified institutional investors — including pension funds, insurance companies, mutual funds, asset managers and banks — who could buy the bonds in minimum denominations of $5,000. The Bank has stated that this restriction was imposed because of the complexity of the legal forms attached to the specialized loans.

Earlier this year, a study by Corporate Knights estimated that total green bond issues to date in Canada are $4.5 billion, and include issues from the Ontario government in 2014 and 2017– some of the proceeds are paying for Toronto’s Crosstown Light Tail Project, an above and below ground additional transit line — and an initial issue in February by the Quebec government. The federal government has yet to issue green bonds (except as noted above through EDC).

In a report released about the same time, RBC Capital Markets concluded that a sufficiently liquid and effectively functioning domestic green bond market would need to scale up to $10 to $20 billion in size. As part of its analysis, Corporate Knights also assessed the top 100 infrastructure projects in Canada, and found that 56 of them — with a total value of $107 billion — would be green-bond eligible. In the U.K., the government has identified almost $700 billion in bonds issues worldwide which is being used to finance low carbon infrastructure. Although still considered to be a relatively new financing source for infrastructure, there is clearly momentum in the green bond market.

Beverly Brooks, MA MBA, is an economist and writer, who has worked for the federal government and private sector companies on infrastructure policy. 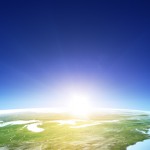 How to Build Trust in a Post-Trust World