Only 26% of employees believe their employer has fulfilled most of its public commitments; nearly 40% would likely quit their job if their company did not prioritize social or racial justice

A year following corporate North America’s awakening to racial injustice in the wake of George Floyd’s murder, Benevity’s survey found 80% of U.S. employees believe addressing racial injustice and equity is a central responsibility of the CEO and management, yet more than a quarter say company leadership has done little to nothing to actively address these issues in the past year, highlighting a gap between statement and action.

A staggering 77% of employees believe it is important for companies to allow difficult conversations around race and social issues to occur at work. And nearly 40% of employees said they would likely quit their jobs and go elsewhere if their company did not prioritize addressing social or racial injustice. The sobering results indicate that workplaces are playing an increasingly critical role in society by helping people grapple with difficult issues, engaging employees at all levels of the organization in vulnerable discussions and peer learning, and taking collective action on these issues.

“As business continues to be the most trusted institution in North America, the expectation has never been greater for companies to do more to tackle racial justice and equity — both inside and outside of the workplace,” said Benevity CEO Kelly Schmitt. “People are also looking to their employers to foster a sense of community where they can come together to process difficult societal challenges, make discoveries that enable them to grow personally and professionally, and ultimately adopt new behaviors and attitudes that can ripple out into the world to create broader cultural change. CEOs and corporate leadership simply cannot underestimate how important social and racial justice is to their people and the powerful role they play as role models for change.”

“The events of 2020 have made a permanent mark on how people think about the workplace. The employee-employer relationship has evolved far beyond a financial transaction, giving companies the opportunity to support their employees in new and life-changing ways,” added Sona Khosla, Chief Impact Officer at Benevity. “The companies that will lead in the future will be ones who embrace the new dynamics of their relationship with employees, customers and communities. They will actively and purposefully provide space for discussion on social and racial topics, facilitate opportunities for their people to build empathy, and chart a clear path to action on the issues their people care about most. The survey results reveal that we all have work to do and give us key insights into how we can support our clients in this area.”

About Benevity
Benevity, a certified B Corporation, is a leading provider of global corporate purpose software, providing the only integrated suite of community investment and employee, customer and nonprofit engagement solutions. A finalist in Fast Company’s 2020 World Changing Ideas Awards, many iconic brands rely on Benevity’s cloud solutions to power their purpose in ways that better attract, retain and engage today’s diverse workforce, embed social action into their customer experiences and positively impact their communities. With software that is available in 20 languages, Benevity has processed more than 7 billion dollars in donations and 38 million hours of volunteering time, 340,000 positive actions and awarded one million grants to 303,000 nonprofits worldwide. 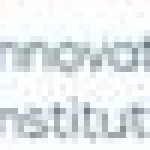 DAVIDsTEA Obtains Recognition Order from U.S. Bankruptcy Court for Plan of Arrangement and Will Fund Court-appointed Monitor with Approximately CDN $18 Million for Distribution to Creditors