Vancouver Island, June 28, 2021 (GLOBE NEWSWIRE) — Evidence of Pacific sand lance spawning has been discovered in a sampling region between Cowichan Bay to Bowser, BC, on the east side of Vancouver Island, and Gabriola Island, according to a new study published last Thursday by Vancouver Island University and WWF-Canada. The findings have important implications for species throughout the food web, including salmon and southern resident killer whales.

Unfortunately, their spawning window (November to February) overlaps with Department of Fisheries and Oceans regulations that allow work to occur in this intertidal area. This places the important forage fish, which are an integral part of the marine food web in B.C., in danger, as they use the shallow intertidal waters and beaches to spawn.

“With more data being collected across the entire B.C. Salish Sea, including many Gulf Islands, we will begin to gain a more holistic understanding of where and when these forage fish are spawning and which beaches are in need of conservation and/or remediation efforts to preserve the spawning habitat,” says Jacklyn Barrs, specialist of ecosystem restoration at WWF-Canada.

Understanding where forage fish, such as Pacific sand lance, are found and their spawning windows will lead to better conservation actions that will help not only the species in question, but others in the food web that rely on them, such as Chinook salmon, marbled murrelets (a federally threatened species at risk) and southern resident killer whales (indirectly, as they depend on Chinook salmon).

Sampling in the region was done by the Mount Arrowsmith Biosphere Region Research Institute (MABBRI) and involved local citizen scientists who helped to expand the study area. With increased sampling, we may be able to understand the current state of Pacific sand lance and other forage fish, for which there is little baseline information.

There is also a need to expand monitoring into new regions (for example, more southern Gulf Islands) to provide more baseline data that can lead to effective regulations. 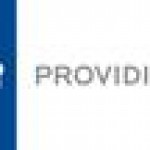 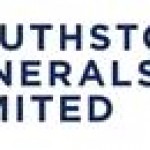