THIS NEWS RELEASE IS NOT FOR DISTRIBUTION IN THE UNITED STATES OR TO U.S. NEWS AGENCIES
VANCOUVER, British Columbia, Jan. 02, 2020 (GLOBE NEWSWIRE) — Asante Gold Corporation (CSE:ASE/ FRANKFURT:1A9) (“Asante” or the “Company”) is pleased to announce that anomalous high induced polarization (IP) survey results have been noted vertically above a previous drill intersection that graded 3.0m of 4.5g/t gold.  This new IP anomaly is located just 150m to the east of the Kubi Main gold resource* and has a significant strike and inferred dip potential.
The intersection, in drill hole KV97-143 from the 1997 Nevsun Resources Ltd. Kubi Main resource drilling program, was not followed up at the time because it was off trend and in the footwall of the targeted Kubi Main gold zone.  The gold mineralization is associated with shearing, abundant garnet and 6.0% to 8.0% pyrite/pyrrhotite at a vertical depth of 360m, centered below the IP anomaly and hosted in steeply dipping Tarkwaiian meta-conglomerates. The second, of the two drill holes which have tested this IP anomaly, KV95-12, also intersected a garnet/sulfide horizon from 138.0 to 148.0m down hole at a vertical depth of 98m. This interval was not assayed for gold at the time and the core is no longer available.The new IP target, noted as “C” on the attached map, has an indicated length of 250m, and is on strike with a 17.0 g/t gold in soil sample located a further 100m to the north east.  The other major IP high trends, “A”, “B” and “D” are located a few hundred metres further to the east and to the north, and are also considered as high priority drill targets.Douglas MacQuarrie, President and CEO states, “At the Kubi Main gold deposit, the tenor of the gold mineralization is directly related to the sulfide content in a distinct garnet, sulfide and quartz rich unit.  The confirmation of strong gold, garnet and sulfide mineralization in the previously not targeted Tarkwaiian conglomerates and the numerous IP high anomalies recently discovered, opens up extensive opportunities for resource expansion at Kubi.”A map of the high priority near pit IP target and the other high potential IP trends is available at:
http://www.asantegold.com/assets/docs/KubiEIPTrendsN12imgSEMSResourceDDHGoogleImg.pdf
and on our Kubi Gold Mine Project page at: http://www.asantegold.com/projects/kubi-gold-mineOn behalf of the Board,
“Douglas R. MacQuarrie”
President and CEOScientific and technical information contained in this news release has been reviewed and approved by Douglas R. MacQuarrie, P.Geo. (B.C.) Geology & Geophysics, the President and CEO of the Company, who is a “qualified person” under NI 43-101. *Kubi Main Zone has a current NI 43-101 resource estimate, completed by SEMS Exploration Services Ltd. of Accra, Ghana: Measured Resources 0.66 million tonnes @ 5.30g/t for 112,000 ounces; Indicated Resources 0.66 million tonnes @ 5.65g/t for 121,000 ounces; and Inferred Resources 0.67 million tonnes @ 5.31g/t for 115,000 ounces, which is filed on SEDAR. Mineral resources that are not mineral reserves do not have demonstrated economic viability. The two drill intervals noted are down hole lengths and no estimate of ‘true width’ may be determined at this time.About Asante Gold Corporation
Asante is continuing to source funding to expand and develop its Kubi Gold project to production, and is exploring the Keyhole, Fahiakoba and Betenase concessions/options for new discoveries, all adjoining or along strike of major gold mines near the centre of Ghana’s Golden Triangle.For further information please contact:
Douglas MacQuarrie, President and CEO, tel: +1 604-558-1134; E-mail: douglas@asantegold.com
Valentina Gvozdeva, Business Development, E-mail: valentina@asantegold.com
Florian Riedl-Riedenstein, Director; European Investor Relations, E-mail: frram@aon.net
Doreen Kent, Shareholder Communications, tel: +1 604-948-9450; E-mail: d.kent@eastlink.caAdditional information is available on our web site at:  www.asantegold.comLEI Number: 529900F9PV1G9S5YD446.  Neither IIROC nor any stock exchange or other securities regulatory authority accepts responsibility for the adequacy or accuracy of this release.
CBJ Newsmakers 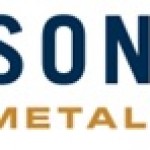 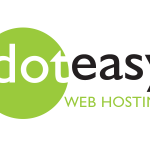