VANCOUVER, British Columbia, Dec. 03, 2020 (GLOBE NEWSWIRE) — Abacus Mining & Exploration Corporation (“Abacus” or the “Company”) (TSXV: AME) wishes to provide an update to its shareholders on the Ajax copper-gold project, located near Kamloops, British Columbia. Abacus holds a 20% ownership interest in the project, which is managed by base metal major KGHM Polska Miedź S.A., who hold the remaining 80%.
Abacus is pleased to report that KGHM has opened a new Kamloops office for the Ajax project within the past two weeks. This follows the appointment in September of a new Ajax Superintendent, who has begun the task of First Nation, community and governmental engagement.The Ajax Project underwent a joint provincial and federal environmental review starting in 2011, which culminated in the decision by the B.C. Minister of Environment and Climate Change Strategy and the Minister of Energy, Mines and Petroleum Resources to decline to issue an environmental assessment certificate for the Project in December of 2017. Despite this setback, KGHM in consultation with Abacus has continued to work to advance the project, including evaluating various strategies geared toward potentially resubmitting the environmental application.The Ajax Project contains significant quantities of copper and gold, within a NI 43-101 Proven and Probable Mineral Reserve of 426 Mt at 0.29% Cu, 0.19 g/t Au and 0.39 g/t Ag. Contained metal is in the order of 2.7 Bil lbs Cu, 2.6 Moz Au and 5.3 Moz Ag. (Wardrop Engineering Inc. 2012. Ajax Copper/Gold Project, Kamloops, British Columbia – Feasibility Study Technical Report. Doc. No. 1054610300-REP-R0004-02. January 2012).Besides Ajax, the Company holds options and leases on the Willow and adjacent Nev-Lorraine copper-molybdenum properties in the Yerington copper camp, southeast of Reno, Nevada. Drilling by the Company in 2018 intersected a key intrusive rock unit on Willow that hosts all known porphyry Cu-Mo deposits at Yerington. This rock unit was not previously known to exist on the Company’s property, and it represents a key new discovery. The target is large and robust, and it remains essentially untested.The Company also has a lease on the Jersey Valley gold property. The project is within the Battle Mountain trend of north-central Nevada in close proximity to both the Phoenix/Fortitude mine complex (a gold skarn with approximately 14 Moz gold plus significant Ag and Cu past production and a proposed mine life to 2063) and the Cove/McCoy Mine (a Carlin-type gold deposit with 3.4 Moz gold and 110 Moz Ag past production). Data is from the Newmont Mines and Premier Gold Mines websites. The reader is cautioned that the mineralization hosted on nearby properties is not necessarily indicative of mineralization hosted on the Company’s Jersey Valley gold property.The technical information in this news release has been reviewed and approved by Paul G. Anderson, M.Sc., P.Geo., a Qualified Person within the meaning of National Instrument 43-101.On Behalf of the Board,
ABACUS MINING & EXPLORATION CORPORATIONPaul G. Anderson
President and COOAbout Abacus
Abacus is a mineral exploration and mine development company currently focused on its optioned Willow copper-gold property located near Yerington, Nevada in which it can acquire up to a 75% ownership interest, and the contiguous Nev-Lorraine claims subject to a ten-year lease agreement. The Company also holds a 20% ownership interest, together with KGHM Polska Miedź S.A. (80%), in the proposed copper-gold Ajax Mine located southwest of Kamloops, B.C., which has recently undergone a joint provincial and federal environmental assessment process. On December 14, 2017, a decision was made by the B.C. Minister of Environment and Climate Change Strategy and the Minister of Energy, Mines and Petroleum Resources to decline to issue an environmental assessment certificate for the Project. For the latest reports and information on Abacus’ projects, please refer to the Company’s website at www.amemining.com or call 604-682-0301.Forward-Looking Information
This release includes certain statements that are deemed “forward-looking statements”. All statements in this release, other than statements of historical facts, that address events or developments that Abacus expects to occur, are forward-looking statements. Forward- looking statements are statements that are not historical facts and are generally, but not always, identified by the words “expects”, “plans”, “anticipates”, “believes”, “intends”, “estimates”, “projects”, “potential” and similar expressions, or that events or conditions “will”, “would”, “may”, “could” or “should” occur. Although the Company believes the expectations expressed in such forward-looking statements are based on reasonable assumptions, such statements are not guarantees of future performance and actual results may differ materially from those in the forward-looking statements. Factors that could cause the actual results to differ materially from those in forward-looking statements include changes to commodity prices, mine and metallurgical recovery, operating and capital costs, foreign exchange rates, ability to obtain required permits on a timely basis, exploitation and exploration successes, continued availability of capital and financing, and general economic, market or business conditions. Investors are cautioned that any such statements are not guarantees of future performance and actual results or developments may differ materially from those projected in the forward-looking statements. Forward- looking statements are based on the beliefs, estimates and opinions of the Company’s management on the date the statements are made. Except as required by applicable securities laws, the Company undertakes no obligation to update these forward-looking statements in the event that management’s beliefs, estimates or opinions, or other factors, should change.Neither TSX Venture Exchange nor its Regulation Services Provider (as that term is defined in the policies of the TSX Venture Exchange) accepts responsibility for the adequacy or accuracy of this release.Tel: 604.682.0301 email: website: www.amemining.com 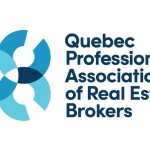 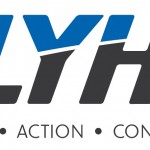